A quick diversion from painting French men at arms - I've based up the additional English bowmen for Agincourt game. 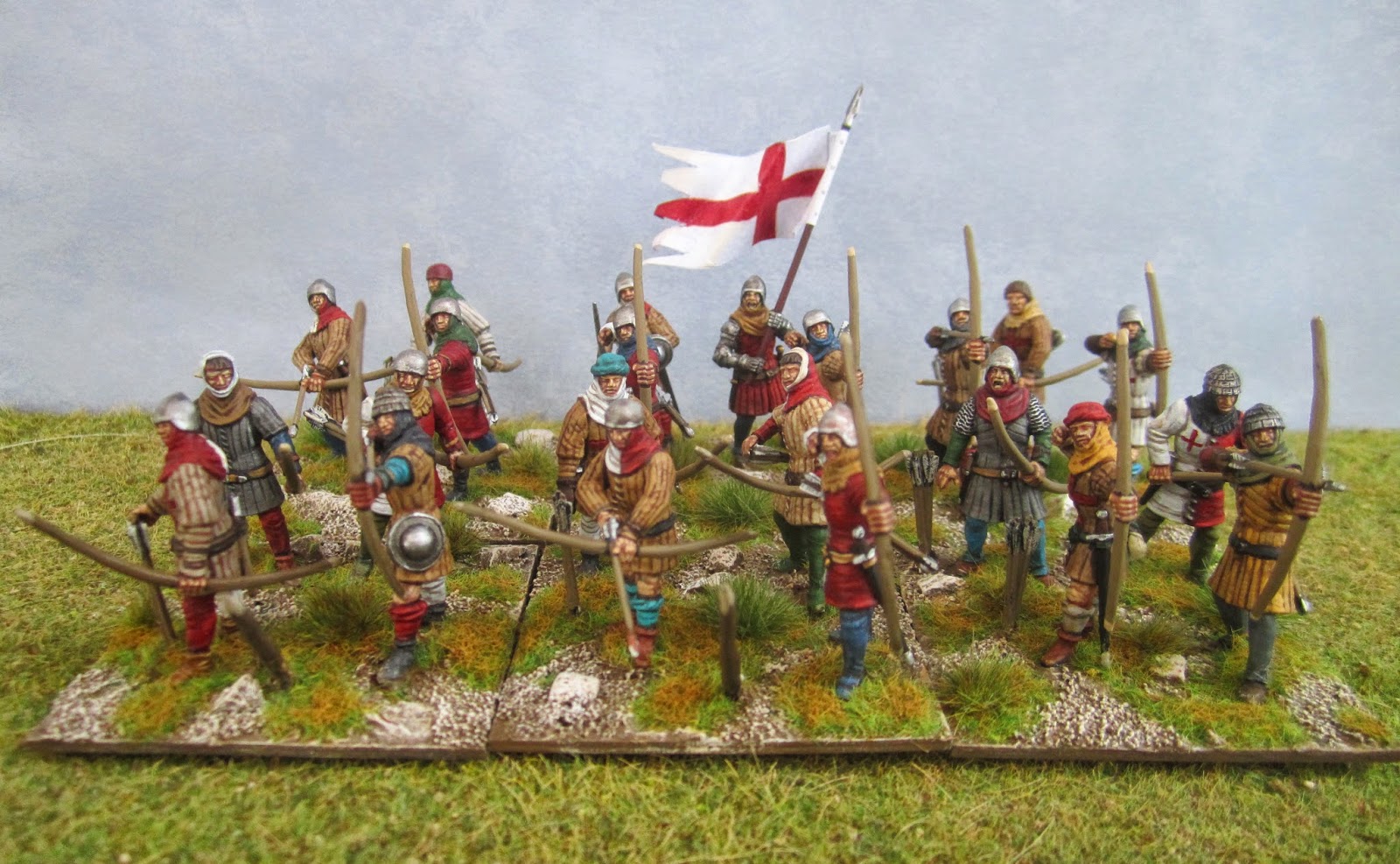 I planned to add four extra bases, but when I've based them up I appear to have created six  - but this will allow evenly sized 'wings' of longbowmen for the English set up. All are Perry plastics and are based on 50mm square bases, as per the rest of my HYW. At previous games we've used two together to create units for Impetus rules - which seems to work Ok for a display game where the minutiae of record keeping is best avoided, to enable the players to chat with visitors and have time for their own look around the show. We'll discuss with the players what we're going to do for this years game. 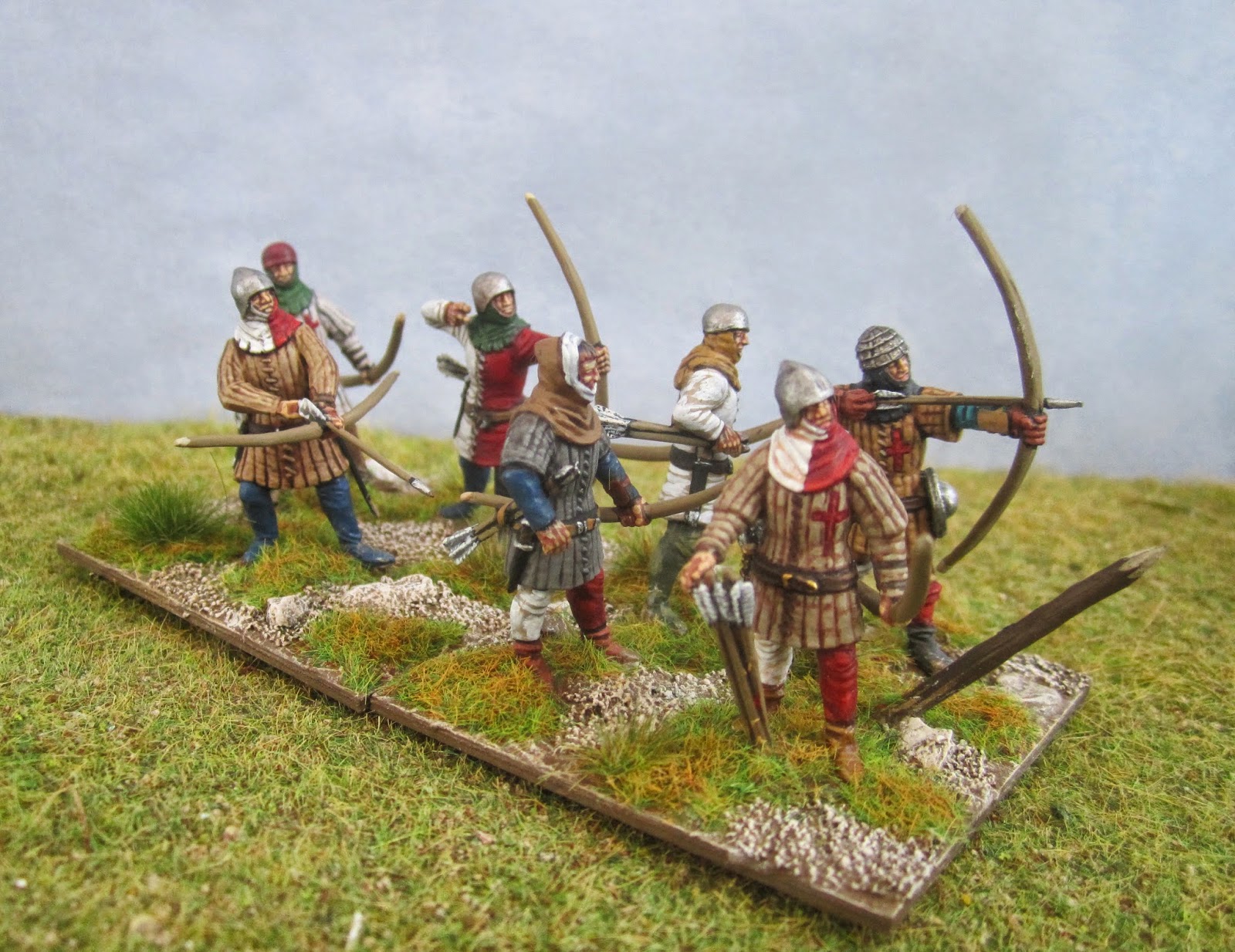 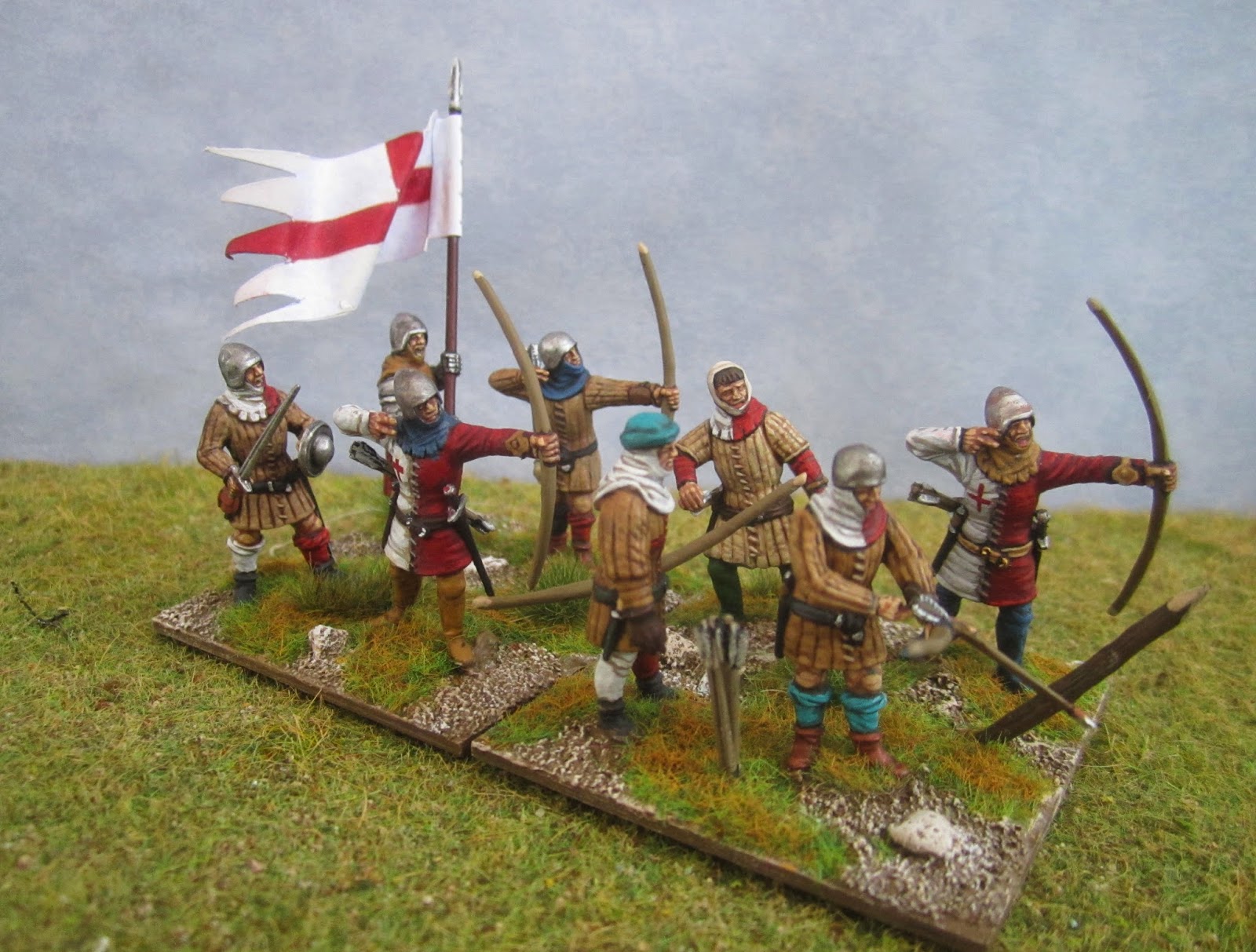 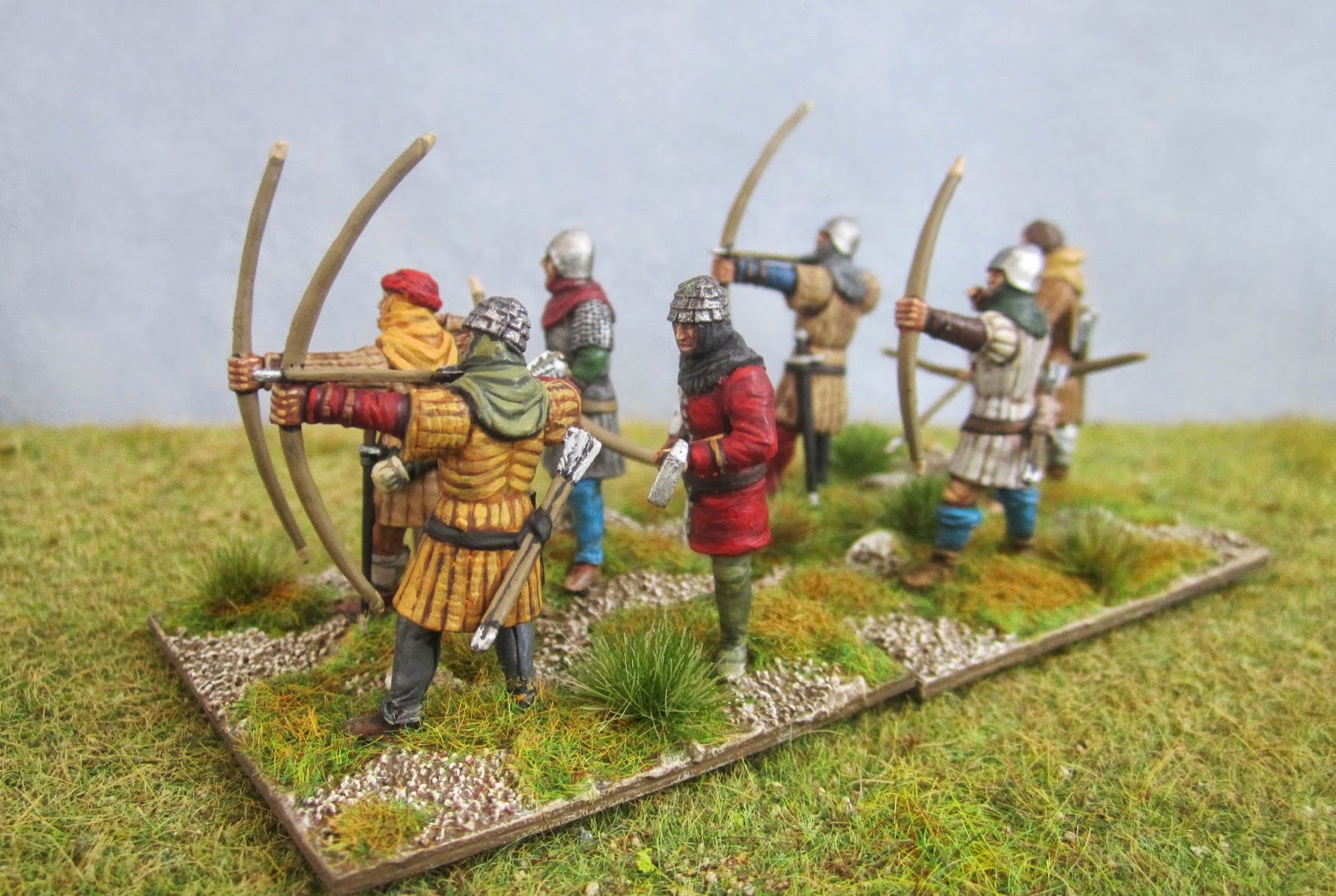 French Men at Arms for Agincourt (I)

The production process is underway, with goal to expand the French men at arms for the lance & longbow Society game at Salute. These are my ‘speed painted’ figures; although I worry that I maybe spending too long on getting them done (but it’s much too early to panic just yet). I have a schedule drafted and have to stick to it – and cross my fingers that no unplanned distractions occur along the way.

The good news is that the plastic Perry figures are primarily attired in white harness, making the figure painting process quicker. So these have been done on thinned black enamel undercoat. A heavy drybrush has then been applied of GW Runefang Steel, over which I’ve added a wash of inks – an approximate 50:50 mix of GW Nuln Oil and Agrax Earthshade (brown). When fully dried a much finer drybrush of GW Steel is made, just to pick out the raised edges and joints of the plate armour and any mail. 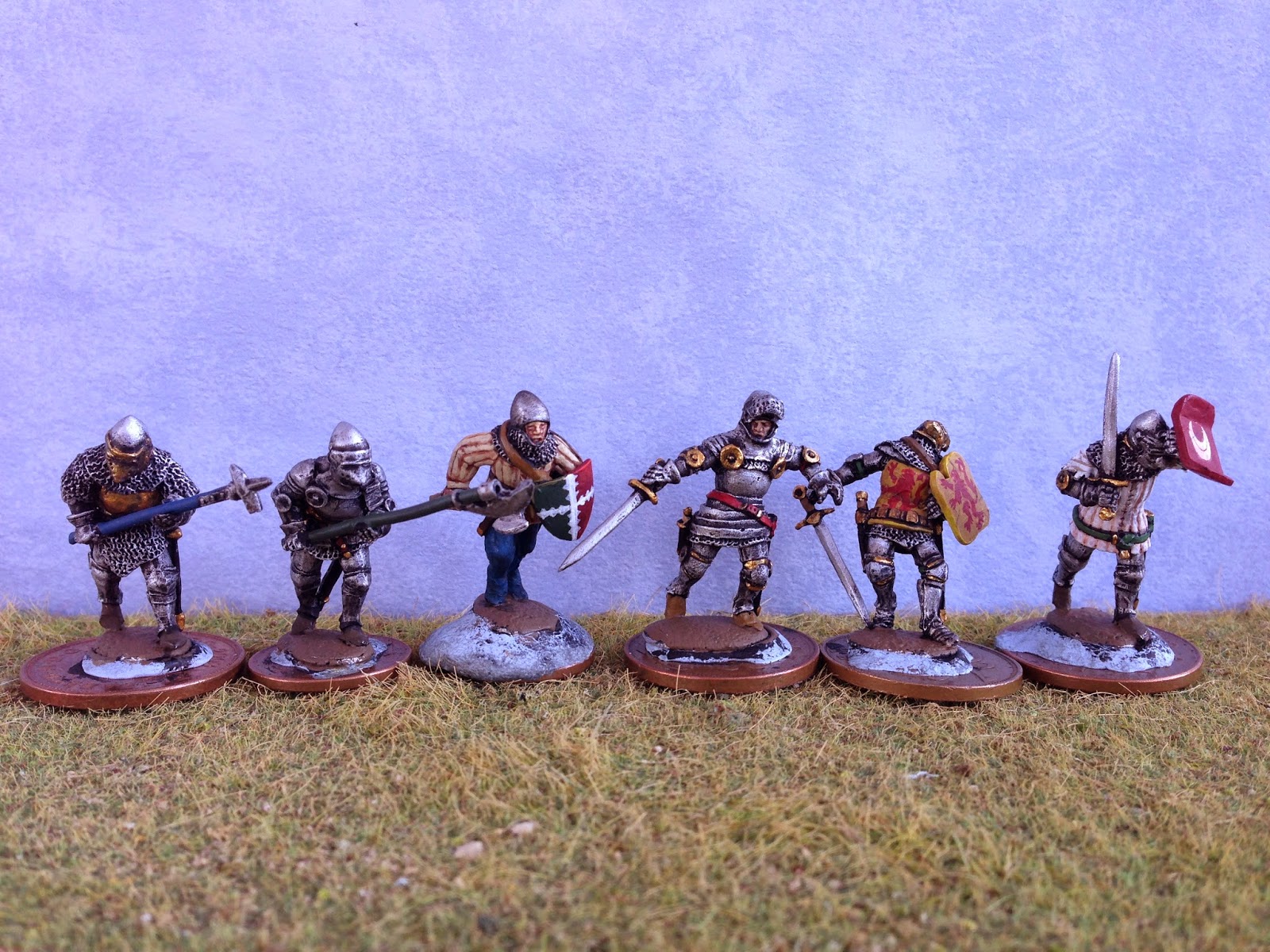 Other parts to be painted are then re-blackened and all the leather, cloth, wood and flesh areas are painted in – without any highlights, as they’ll be lost in the morass that is the French foot at Agincourt. Gilding is then picked out to create a bit of variation – on couters and poleyns, dagger and sword pommels, visors, and scabbard & belt fitments, etc. A couple of rather old Citadel waterslide transfers have been dug out and applied to the shields - all in efforts to save time. A few banners will be added by retainers, who are currently in prep stage, using some Perry metals. 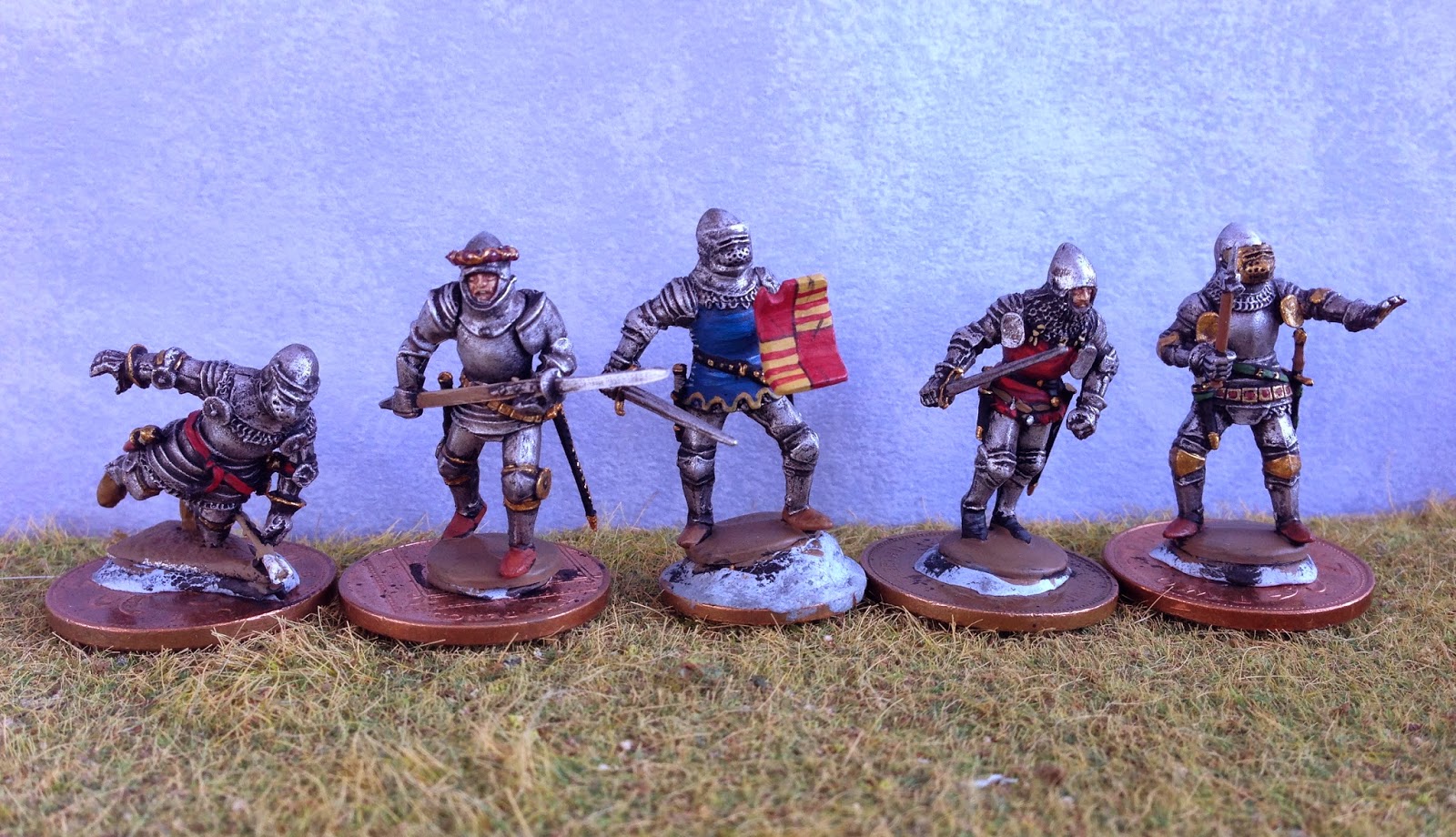 Although I have a schedule I do still get tempted to convert and alter figures. So far I’ve limited this to just three figures – changing heads on metals as the new plastics have much finer definition to paint. I've also added a visor to a metal foot knight – for variation and to save time on one less face that I have to paint! All of these are relatively easy to do of course. 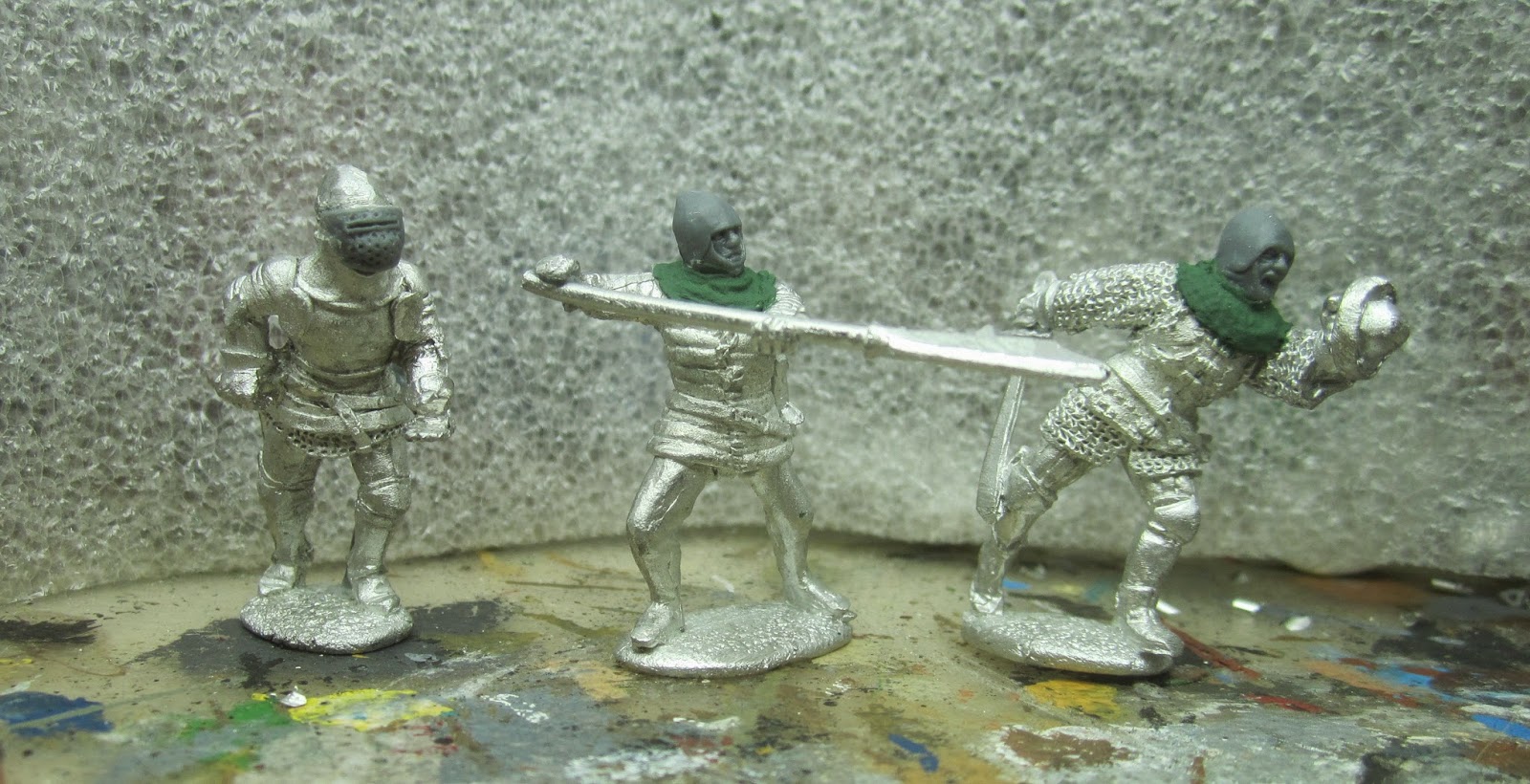