Masters In Miniature - a new chapter.

As you may have seen, Atlantic Publishing are releasing a new book at Salute in two weeks. It comprises of hundreds of photos of the Perry's figure ranges. Alan and Michael have staged and taken all the photos, which are beautifully done. My modest contribution has been to lend them my HYW collection, which forms the bulk of the 'Agincourt to Orleans 1415 to 1429' part of the book. One of these pictures has made it as the cover of 'Miniature Wargames' magazine for April. 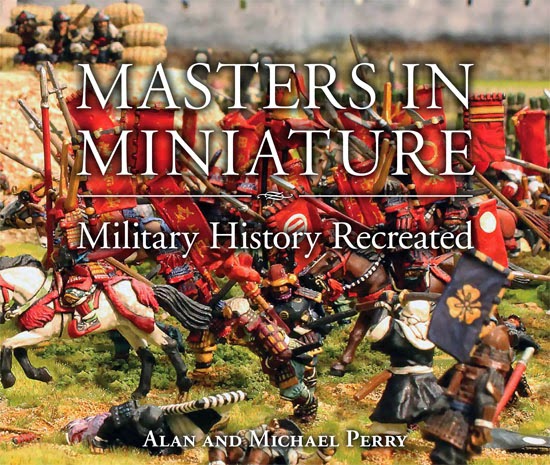 I've seen all the photos  taken for this chapter (nearly 18 months ago). The are all very impressive and it's interesting to see your own figures in picture compositions that you've not thought about before - throws a new perspective on your collection. Alan's added some arrows in-flight to some pictures, using Photoshop, which creates some contemporary feel to the battle scenes. 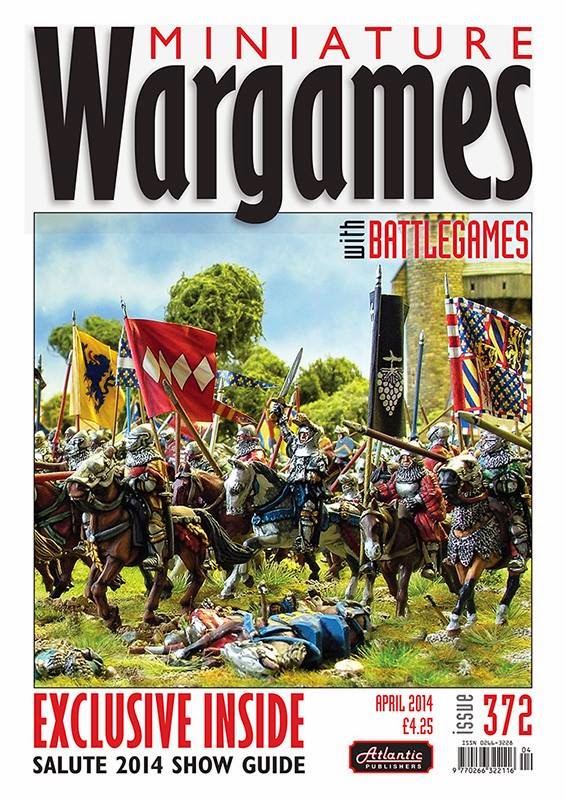 Pictures from the other ranges that I've has a sneak peak of are really excellent too - it's the kind of book that you'll keep returning to for reference and inspiration. So I know what's on the top of my shopping list for Salute!

Having seen your paint work which is top notch you deserve to be in print well done that man:-)
As for arrows in flight being photo shopped(hmm?)I'm not sure but its a book Id like a good look at.
Regards
Jason

That looks awesome. You should be proud.
cheers

I only discovered your blog late last year but it has inspired me to build forces for the Agincourt era. It is a wonderful blog which has sparked a real passion in me and I thank you for that. As imitation is the sincerest form of flattery I intend to follow your basing and organisational ideas, although my painting will of course fall short of your high standards. Do you intend to continue the blog with a view to the anniversary year of 2015? Dave.