Merry Christmas - hiatus is over.

Oops, I’d not realised that it has been over five months since the last update on this blog.

My apologies for the ‘radio silence’ but the reality is that I have made no material additions to my HYW – focussing instead on my Burgundians and some extra units for my AWI collection. However the good news is that 2015 will see the resurrection of the blog, as I have some expansion plans. These are primarily inspired by the 600th anniversary of the battle of Agincourt and the related Perry Miniatures plastic and metal additions to their AO range. I’m hoping to use my figures and terrain for an Agincourt demo game on behalf of The Lance and longbow society at Salute next year – Agincourt being the theme for the 2015 event. However I understand that the Society are still awaiting confirmation of the game from the South London Warlords – so if any blog readers can kindly give them a gentle nudge that would be appreciated! 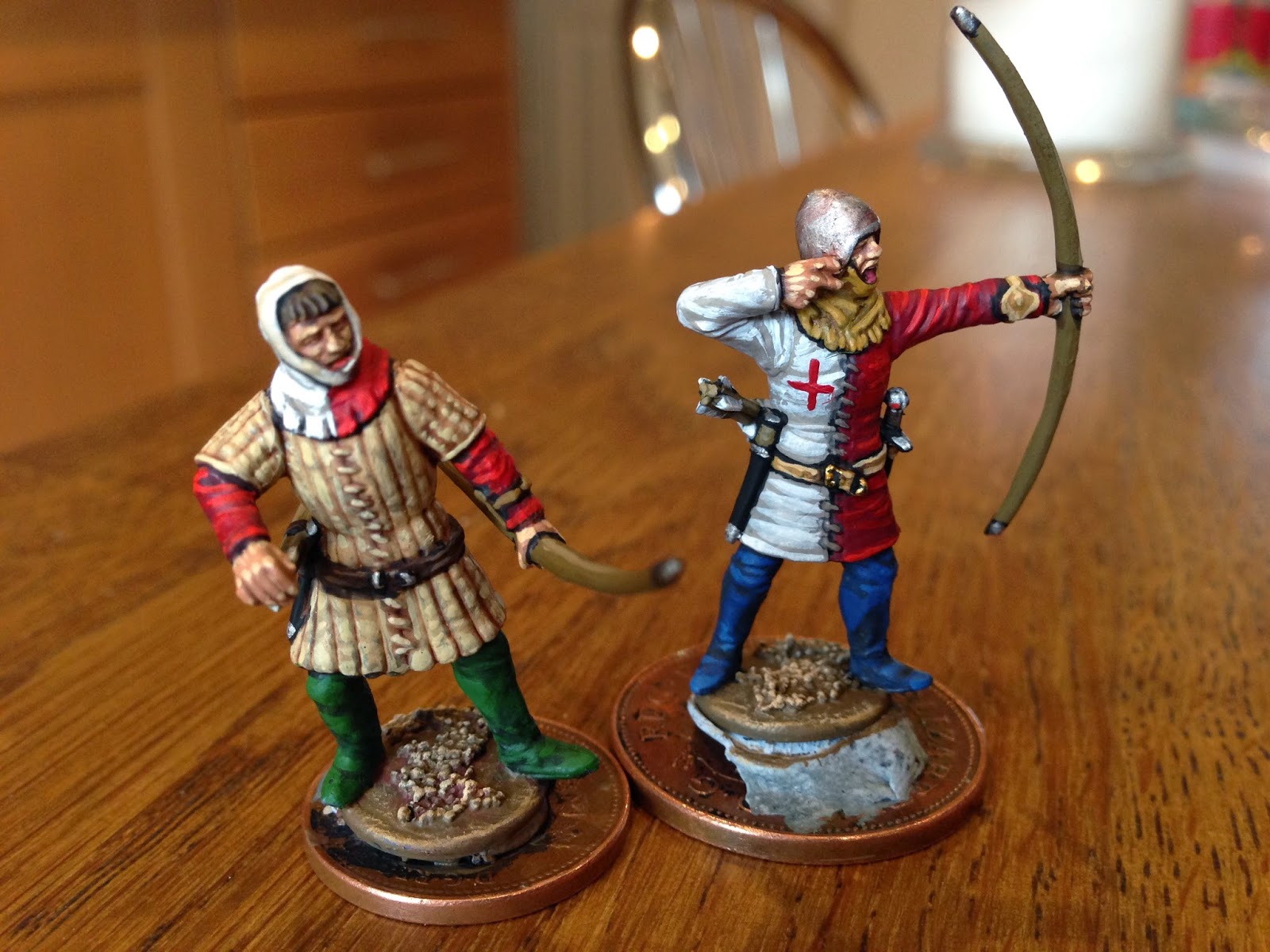 The picture at the top is one taken by Alan Perry, with some of the bowmen from the new plastic Agincourt English, which I’m sure everyone’s now aware of. I was lucky enough to be given a test sprue. I now have the plastics box and am very impressed by the men at arms in full ‘white’ harness. The sculpting is fantastic of course, but I think Renerda have surpassed their previous craftsmanship – there is hardly any loss of definition along the sides of the armour plates, the visors are wonderfully detailed and the figures have been aligned so that mould lines largely follow joints in the armour plates and only helmets need a small amount of smoothing before paint is applied. The flag sheet by Alan is also very informative on the styles of armour over the circa 1415 to 1430 period that these figures cover. 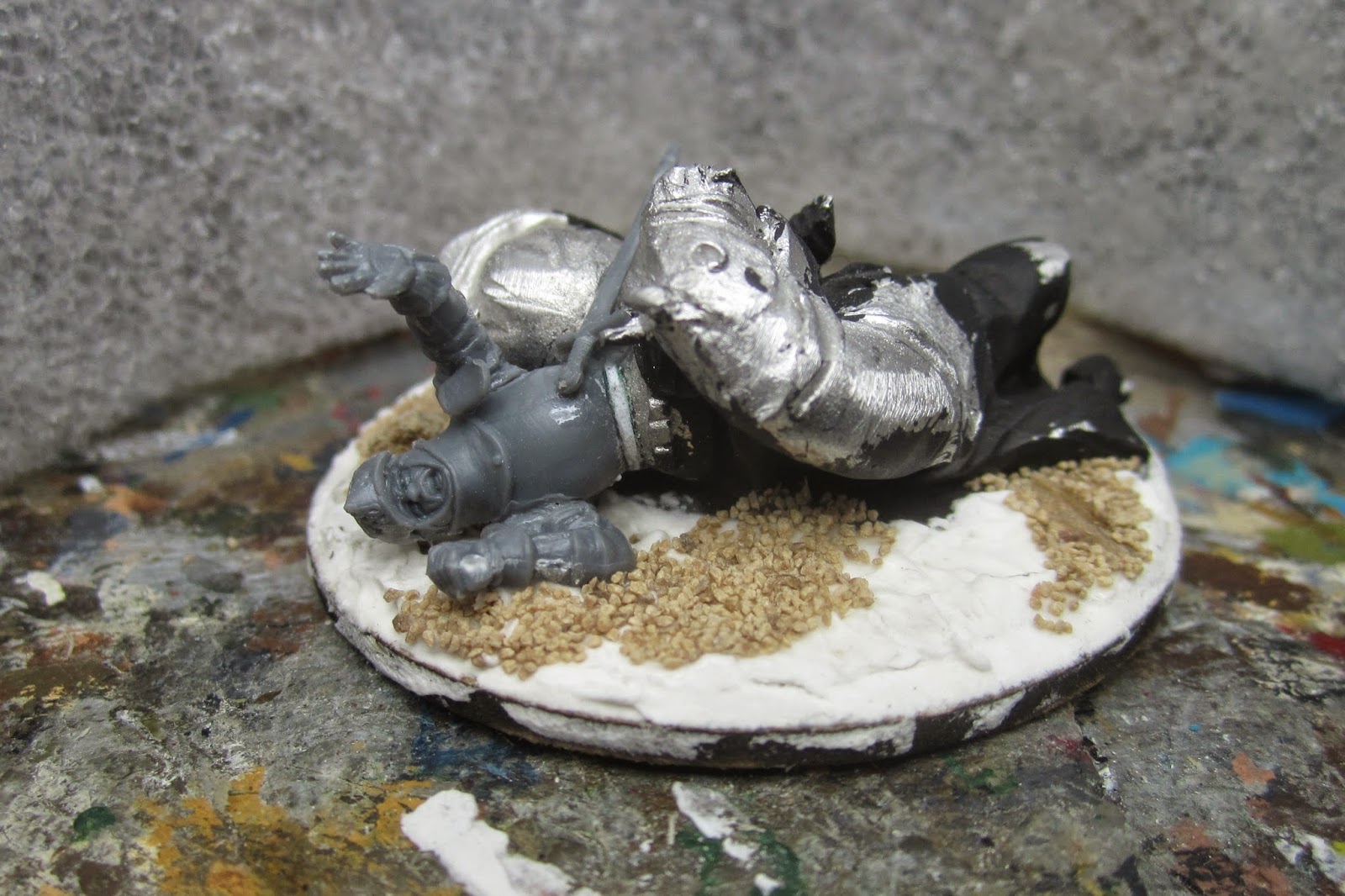 For Agincourt I will need to add some casualties, vignettes, flags and banners of some leaders (as I have largely focussed on the 1420s so far) and some French mounted knights. For the casualties I have found some half completed ones from Old Glory I have – not the best of sculpts, but there is a lovely fallen horse and rider. Although the horses head is noticeably too small, I’ve replaced the body of the knight that’s provided as a two piece model with a cut down plastic Perry one, which is a big improvement. Just need to decide on the heraldry for the caparison on the horse. 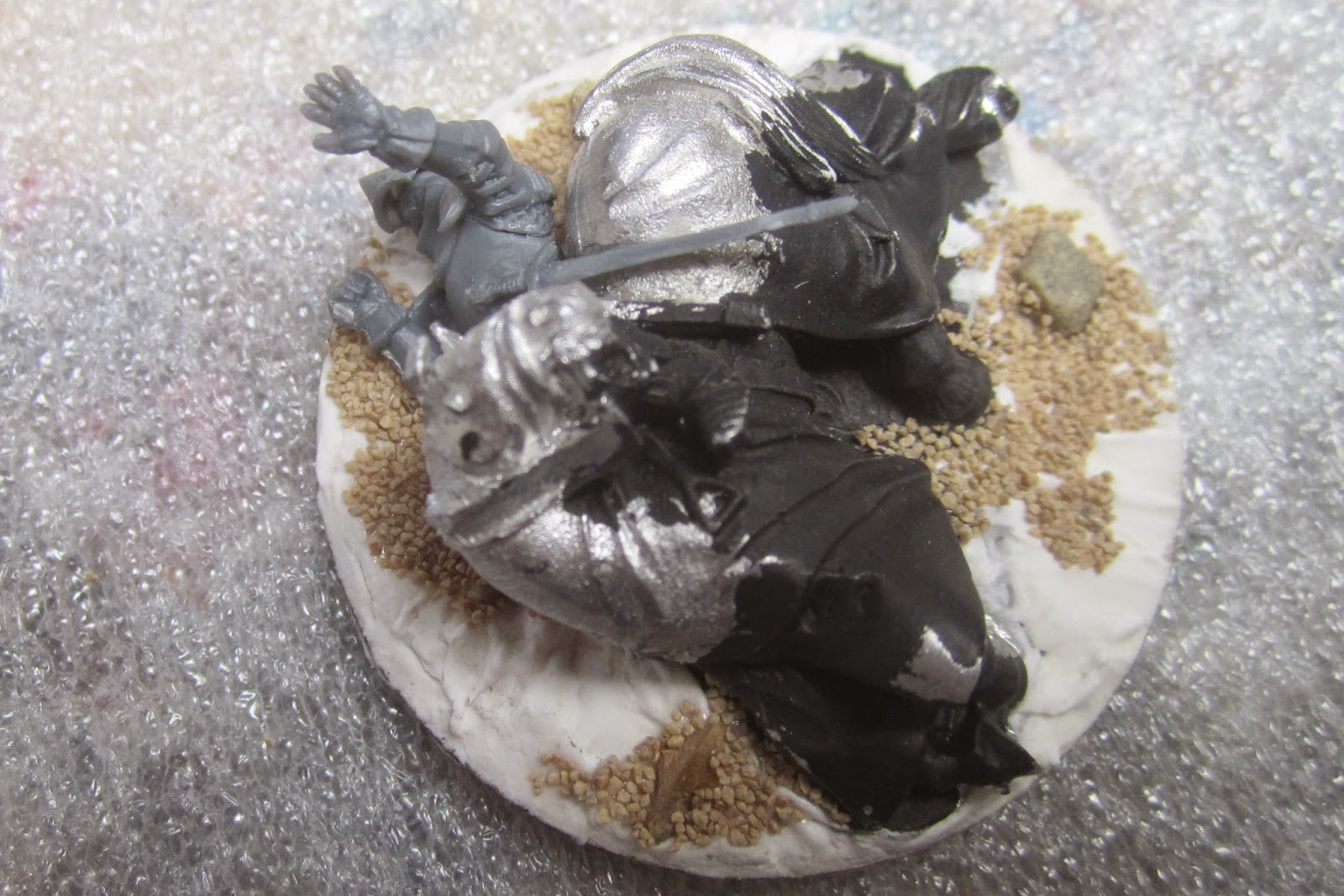 More anon  in 2015 – in the meantime have a wonderful festive break and hope Santa brings you some hobby related gifts…assuming you’ve been good all year of course!!

Lovely brushwork and great idea for a vignette!

Merry Christmas to you and your family, Simon. :)
And I totaly agree with "painted stuff", this is a great idea for a vignette !

Good to see you back. I am looking forward to more inspiration from you for my own Agincourt project! The Old Glory casting is an interesting start!

Meery Christmas Simon. I would love to make it to Salute for an Agincourt refight, so good luck.

I recite the entire St. Crispin's day speech every year in honor of not only those who lived and died that day, but during the entire middle ages. This year I was called to do it twice! Your blog is the best one on miniatures, and I am looking forward to more on the 600th anniversary of Agincourt. I always enjoy your updates!