Seems appropriate to post today, it being the 600th anniversary of Agincourt. A victory which placed the longbow into English folklore (assisted somewhat by Shakespeare 175 years later), but which was as much a result of weak French kingship and divided government, combined with poor tactical decisions on the day of battle, as it was the ‘we band of brothers’. 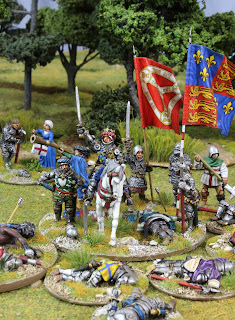 Unfortunately I’ve not managed to get sufficiently organised for an anniversary posting which has anything new (or even work in progress) as content. I think the next scheduled additions will be when the Perrys plastic French Army box will be available – the ‘greens’ look particularly good - hopefully early in 2016. Hopefully next year will bring an opportunity to play another HYW battle that I’m yet to do with this collection – Bauge, Patay or Rouvray (The Herrings) perhaps.

Some months ago I took a few pictures for WSS magazine to depict Agincourt. So here are some that were not used in full in the magazine, as my 25th October 2015 offering… 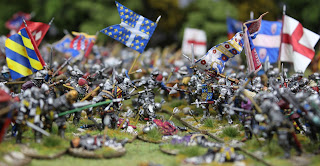 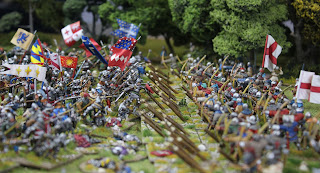 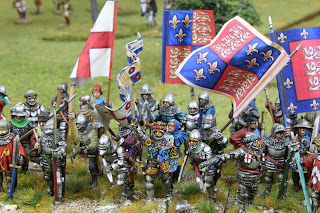 Finally, am sure everyone's seen pictures of the completed Agincourt diorama at the Royal Armouries Tower exhibition? It looks very impressive in situ. I'm just a little concerned however that images of the French nobles I contributed, look like they've been displayed around the edge (to assist identification, on the left of the photo below) at a magnitude of about 500%. So f you go, please be kind when you inspect them, they were done against a  deadline! 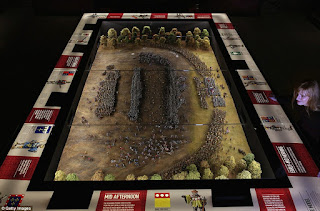 Lovely collection you've got and I love the amount of colours you've used.

Amazing, these figures are very impressive!

Such eyecandy! A spectacular collection. /Mattias

Awesome sight, its the sight of diaramas like this that got me painting figures in the first place!

Totally wow! I wasn't aware of the RA diorama. Thanks. I'm with Chris, this sort of work is exactly what started me on military modelling and led me to wargaming. Great to refresh these inspirations. It's great to see museums using miniatures still rather than relying on digital displays only. for me it began seeing the dioramas in the Australian War Memorial at age 7: https://www.awm.gov.au/visit/dioramas/

Outstanding figures! Are the French by Perry Miniatures?

I’ve read some good stuff here. Certainly worth bookmarking for revisiting. I wonder how much effort you put to make such a fantastic informative website.confederate soldier lookup