Medieval Games (with ships) at Partizan

I went to the Partizan show at Newark last weekend. The show has established a reputation for having games of high visual appeal and quality, as well as being a friendly mid-sized show. There were three late medieval games advertised, but only two there on the day - both of which had a nautical element which is a little unusual. I took a few photos, so I though I'd post some  up here for those who didn't get to the show.
First is a naval participation game, called 'Warwick at Sea', which featured medieval cogs with plastic bow and bill Perry figures in whole or part. I believe it was run by 'Wargames, Soldiers and Strategy' magazine and appeared very busy each I time I walked by the table.

The other games was run by Alan & Michael Perry and friends and was a fictional encounter, based on Queen Margaret's flight after the battle of Hexham, 1464. The Queen had to be escorted the length of a 12 foot table to a cog waiting to take her to France. Her retinue failed her and she was seen being taken into captivity by the Yorkists. 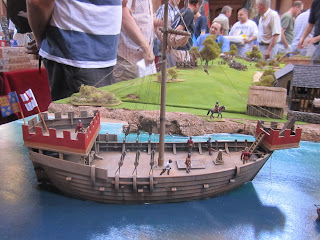 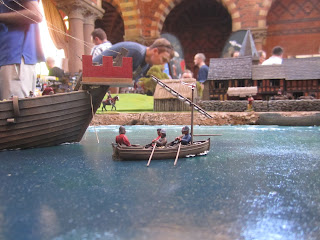 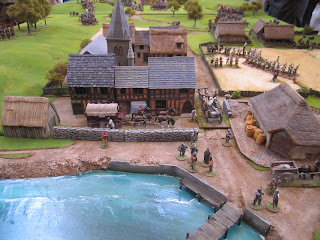 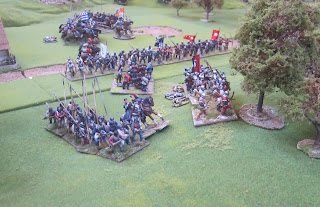 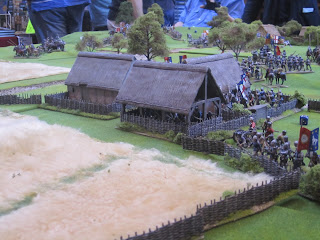 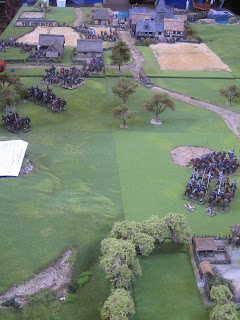 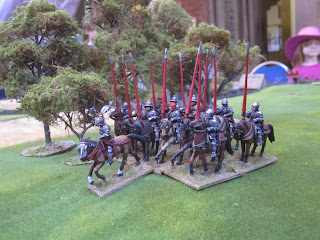 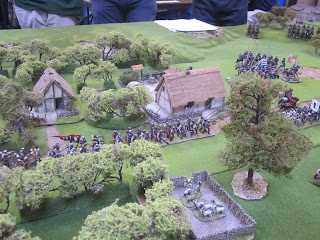 I foresee a slight surge of interest in later medieval ship warfare about to emerge - using the Revell Hansa Kogge plastic kits that both games used - with crews easily adapted from Perry plastics.

Thanks for these photographs Simon, good viewing for those who couldn't make it, did you leave empty handed?

Surprisingly no purchases Stuart - I have more than enough metal and plastics that need paint applying - but good opportunity to catch up for long chats with others.

Great looking games! I have an old Wargames Foundry resin cog that I'm working on for a WotR scenario. Thanks for sharing!