To keep this blog ticking over, before it hopefully gets busier later this year - when I can start work on the planned Salute game for 2013 with the Lance and Longbow Society, I will post up some pictures from my summer vacation. These are military related, roughly covering the late medieval and early Renaissance periods. ‘Mrs P’ and I travelled down the Romantische Straße in Germany from Wurzburg to the German Alps, which I can thoroughly recommend and along the way found some castles, museums and churches from which these pictures have been selected. 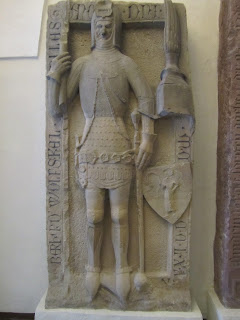 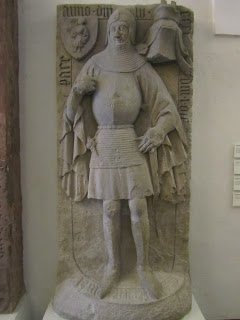 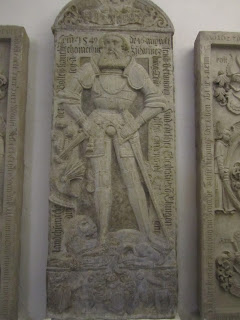 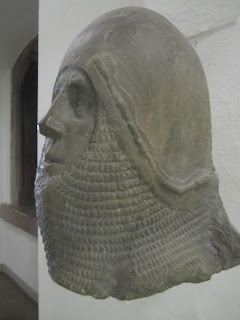 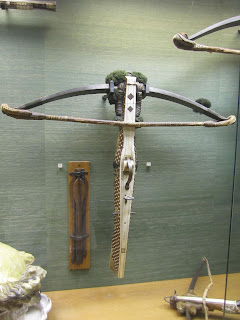 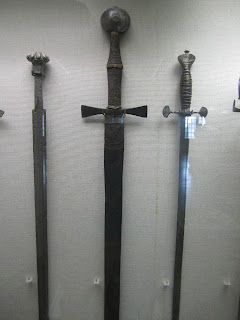 Above - The carved stone funerary images of German ‘ritters’( the first dated at 1379 the second 1408 and the last 1549), early sixteenth century crossbow and bolts and fine quality swords, all in the Marienburg Castle Museum at Wurzburg. 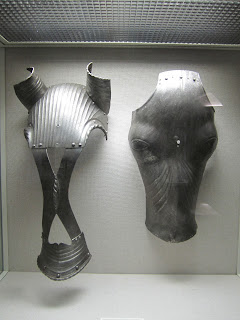 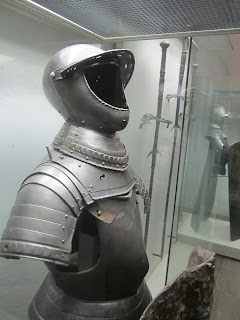 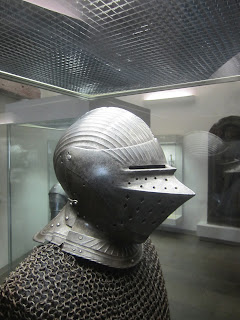 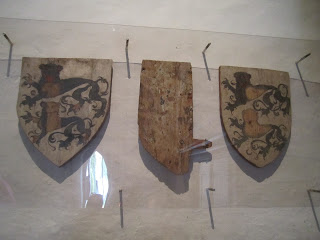 The horse chamfrons, half armour and visored bascinet are sixteenth century, also from the Marienburg. The heater shields appear to be surviving originals from the late fourteenth century of Konrad Hohenlohe and are kept in the church he founded in 1384 in Creglingen (where we went to view the magnificent wooden alter carved by Tilman Riemenschneider). 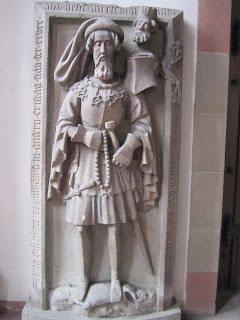 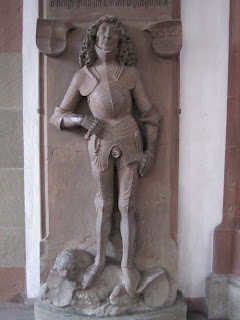 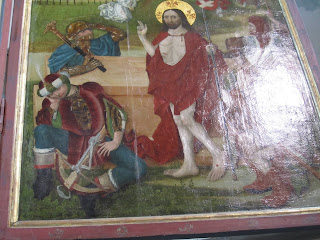 The other funerary images are in Wurzburg Cathedral and date from the later fourteenth and late fifteenth centuries. The latter is another Reimenschneider carving of Konrad von Schaumberg dating from 1499. The resurrection painting, with a clear rendering of a crossbow and cranequin spanning device, as well as soldier in german style harness with an interesting hammer, is from Creglingen church.

A few more to come soon….

Great looking displays! Looks like I need to get down there soon!

Yes, the Romantische Straße (!) runs through a lot of exquisite places well worth a visit. And Würzburg makes for a splendid start, especially for the Late Medieval/Early Renaissance enthusiast. Only a short distance from where I once lived, I've been there a few times. So thanks for reminding me what a great city it is. Hopefully you got yourself some Bocksbeutel from the Würzburger Stein wine yards? ;-)

Loving the fragrant title too!

Glad you had a good time,I trust the car was full of goodies.

Oops SG - sorry for the mis-spelling. Will correct.
Yes, found a little bar on the old bridge in Wurzburg selling glasses of the local wines. Great to sit out and watch the early evening tourists go by.
Stuart - yes, somehow beer and wine found its way into the car for the return trip!
Simon.