As I'm sure everyone knows, Perry Miniatures have two more plastic boxes ready for release later this month both for the Agincourt/English territorial expansion of 1415-30 - one of French infantry and the other Foot Knights (mixing sprues from the English and French boxes). I had a request from Alan to paint up a few of the test figures he'd received and assembled from Renedra last month. 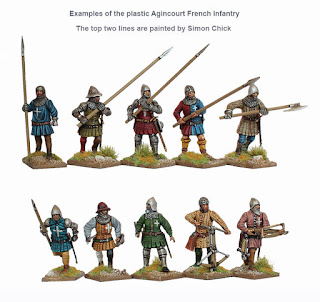 The figures are excellent, as we now have come to expect from Perry plastics. Not only is the sculpting very detailed and the arms & armour well researched, but plenty of planning and thought has gone into these - alongside the others in this range - to maximise the opportunities for creating loads of variations. Also the poses for these figures are more active than the English box - reflecting no doubt the typical tactical approach of the two armies. Here's a few pictures I took myself before they went off to PM. 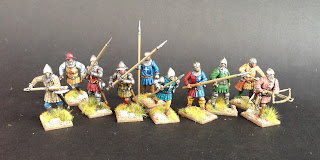 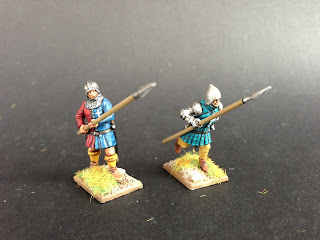 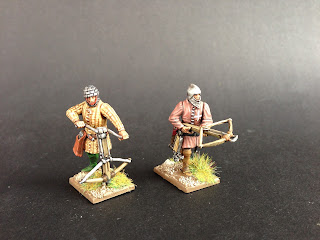 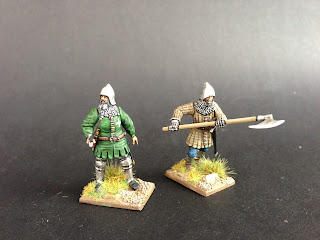 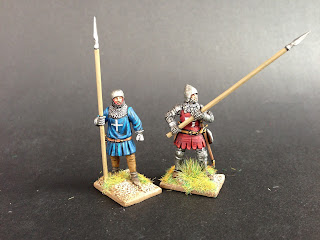 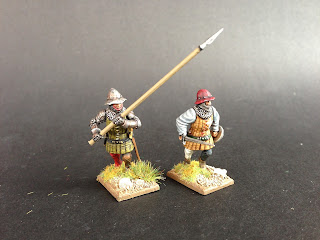 I will be getting these to add to my French - and of course now await the French mounted knights plastics with great anticipation.

I'm hoping to expand my French army as I'm going to reprise the Agincourt game that I put on at Salute, at the Armouries in Leeds on 23rd & 24th April, when the Agincourt diorama is moving to its final resting place. A weekend event is being organised and more information can currently be found here.

Fantastic, will definitely be getting these to make up for Highland Scotland for Harlaw 1411. Thanks for the review :)

Very nice paint work, you must be well pleased to have them on display!

These are very good and the way you have applied paint makes them better, well done.

Marvelous, Simon. Your shading and blending are enviable.

Splendid minis, what a great paintjob!!