This is a new addition to my collection of buildings, representing a North European village church from the fifteenth century, for use with either my HYW or later Burgundians. Thought I'd post it here as the blog's been overdue a posting. 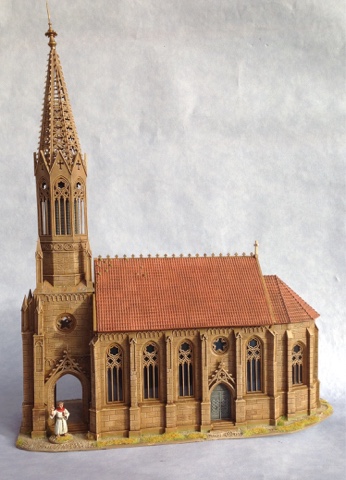 The model is a Vollmer HO scale kit of a cathedral, but it scales up OK for a more modest sized church at 28mm (the doors are always the challenge when using smaller scale models and these look just about acceptable). It's got loads of well detailed gothic architecture and so looks just right for the fifteenth century and suitably european - whereas a lot of model railway churches look like they've been lifted across the channel from a parish in England. 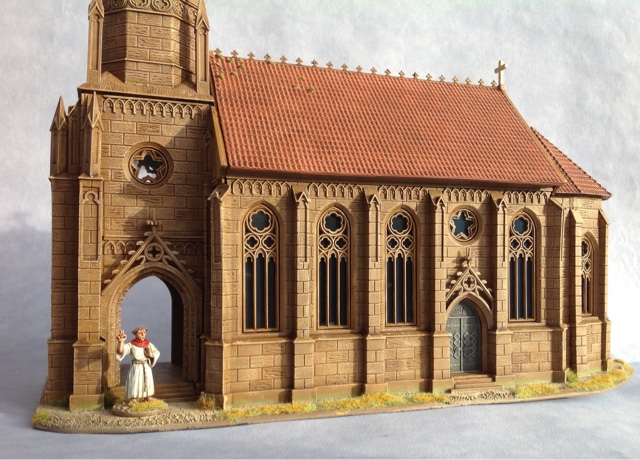 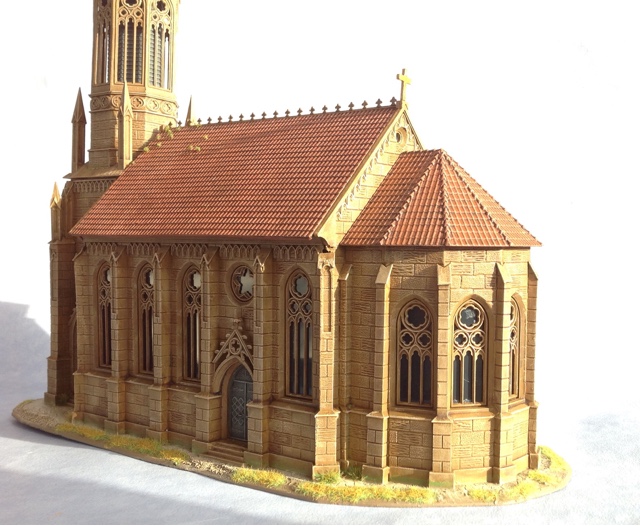 The model is out of production (says 'made in West Germany' on the box, just to date it!) and I managed to purchase this one from a shop in Germany. The base part was missing when I got the kit and so thought I'd have to create one. However I contacted Vollmer and they kindly offered to press a new one in the factory and send it over to me free of charge within 2 weeks - very impressive customer service! 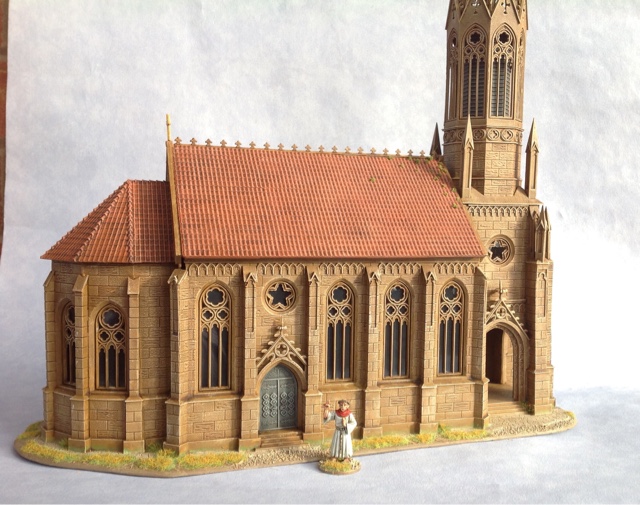 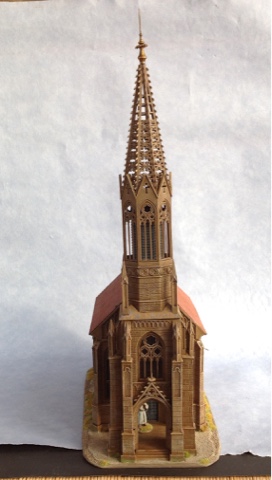 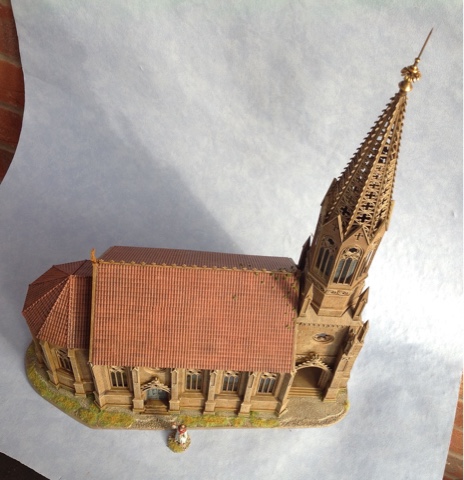 I've made the tower as a removable item - its tall (about 38 cms) and so is not easy to store and is also bound to get knocked when on the tabletop. As model railway kits are always a little fragile, I had to reinforce the open section at the top of the tower with metal pikes glued inside to add some rigidity and also drilled out the fancy decorations at the top of the tower and inserted a metal pin. I painted the clear plastic glazing a dark blue, after thinking long about doing some stained glass, to avoid peering inside which showed the construction. The only other change was to replace the roof sections with new sheets of tiles, as they had modern-looking skylights in them. 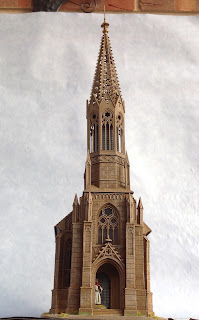 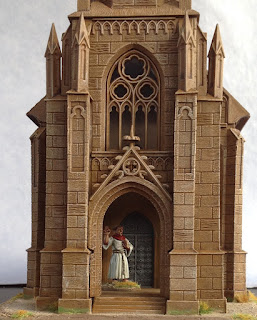 The priest is an old Foundry figure. I may add a separate walled graveyard at some point. 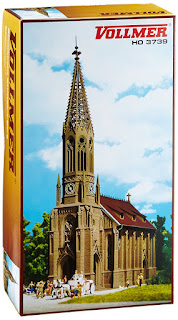 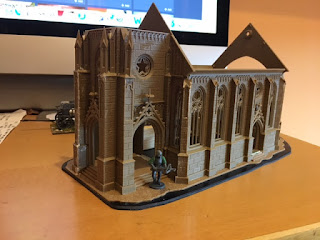 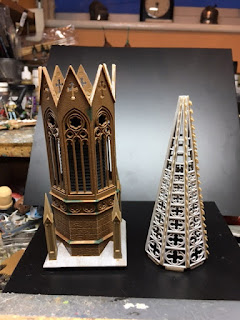 Well that is fantastic... I'm having one!

I am extremely envious of this terrain piece Simon! It is superb.

Wow! That looks great, and while it is a bit small (like most tabletop terrain!) it has a great presence on the table.

Great looking church. Must be a rather largish sized town - love to see some pics of the rest that you will put it with.
Richard

Excellent work as usual Simon, looking forward to some photo mock ups in your usual style with this.

Terrific!
Thank you very much