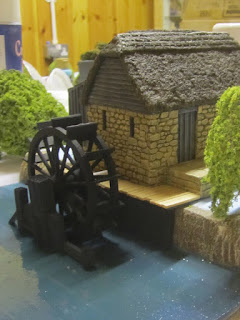 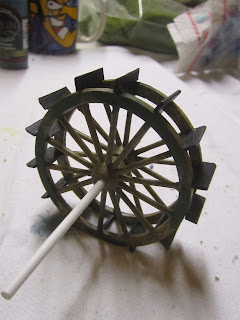 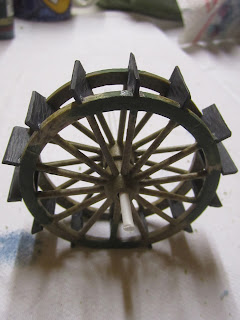 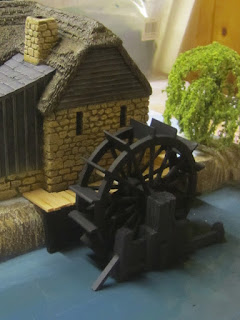 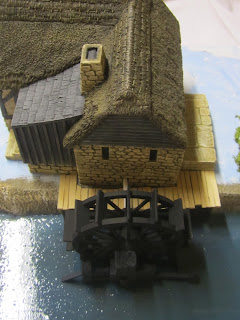 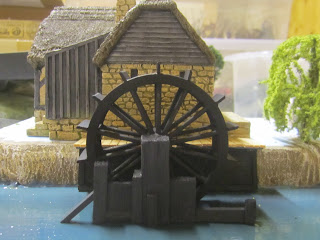 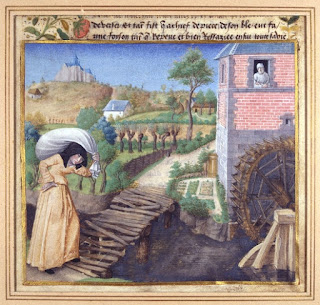 Beautiful work you have there .

tradgardmastare said...
This comment has been removed by a blog administrator.
6 March 2013 at 22:18

Nice little piece there Simon, and absolutely essential by any estimation. Will there be a miller to inhabit it as well?

Nicely done. Grand Manner will probably release one next week now you've been to all the effort of converting your own! ;-)

Very clever and superbly done. This is going to look fantastic.
Cheers,
Pat.

Thanks for the comments.
Have painted the wheel and pillar now.
As Stuart mentioned him, I've knocked up a quick miller (..in a manner of speaking!!) - quick wash and highlight on a Perry wagoneer. Original plan was to have him locked and hiding away in the house from the English. I'll put him in the pictures of the finished boards, when the time comes.
Simon.