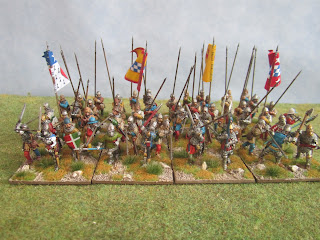 Some pics of the completed additional Scots contingent for Cravant game; these have been previously posted as a WIP. They are now based and flagged - using the Flags of War ones produced for the Claymore Castings range (where most of the figures come from). I've used the smaller version flag, cutting off the piece designed to fit over a horizontal flagpole, as the larger versions seem very large and  to me that you'd need immense shoulder muscles to keep them aloft on a windy day. 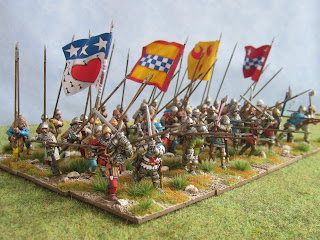 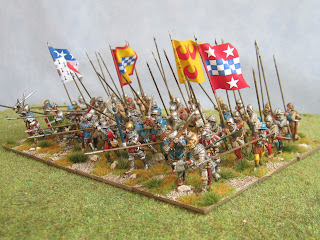 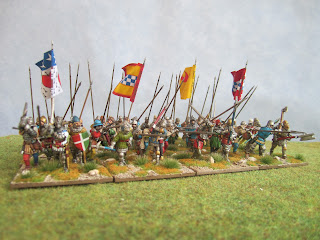 As I've painted them up, I hope their fate won't be the same as the actual battle. Progress is being made on other pieces and so a modest flurry of completed posts - both figures and terrain - should be coming along in the next 2 weeks before Salute.

Absolutely stunning work. Thanks for the inspiration!

Stig of the Dump said...

supurb work, hopefully they stand and make a good fight of it!