Quick interim update. As Darrell requested on my last posting, I've been slapping the paint on! 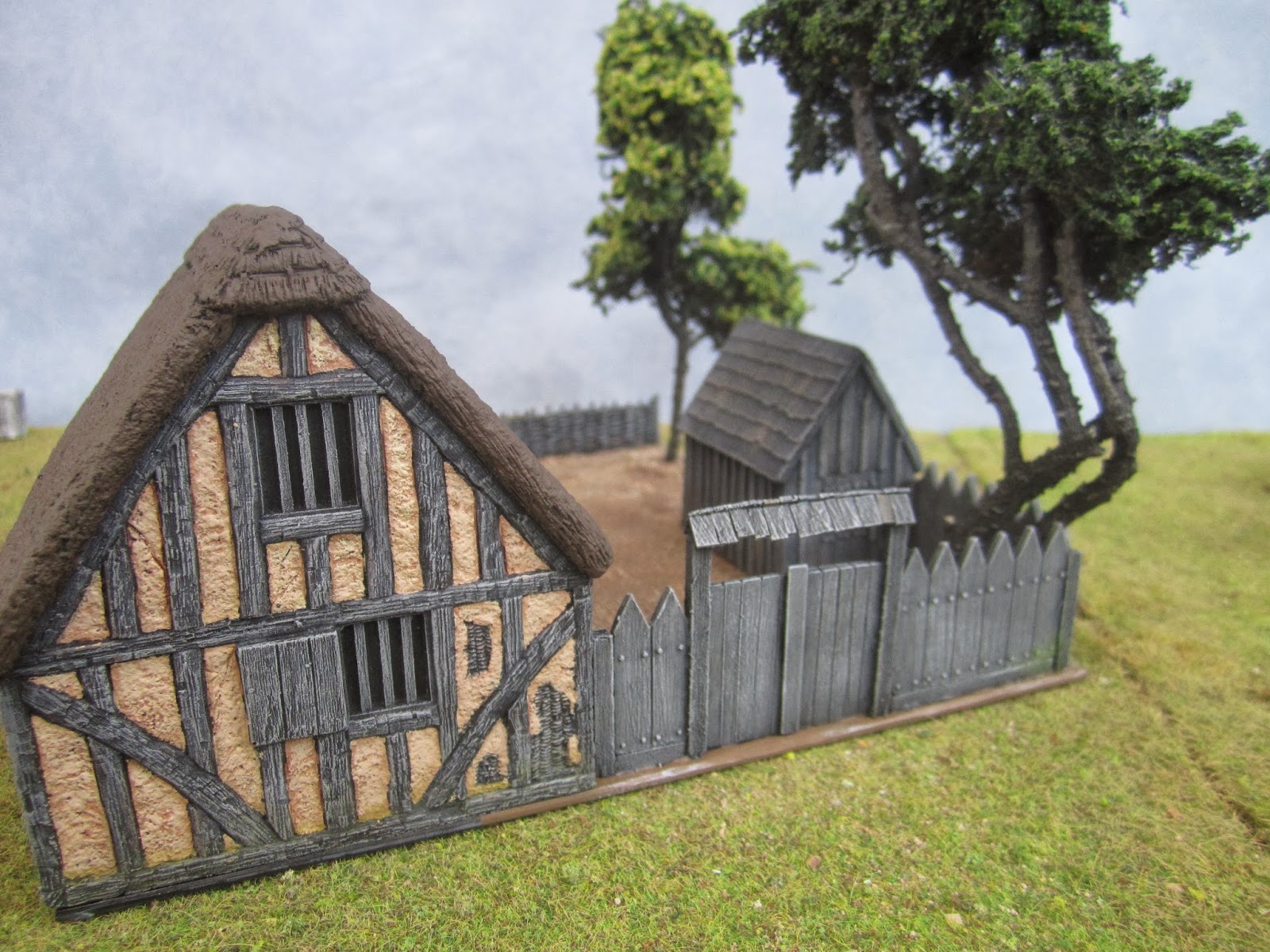 The main areas now have some paint applied; the fences are done as is the groundwork, prior to grasses being stuck on, which will be one of the last stages. The lovely trees are made by John Boadle and have been waiting for a model such as this to be 'planted', I merely added some lighter colour flock to one of them for variation. 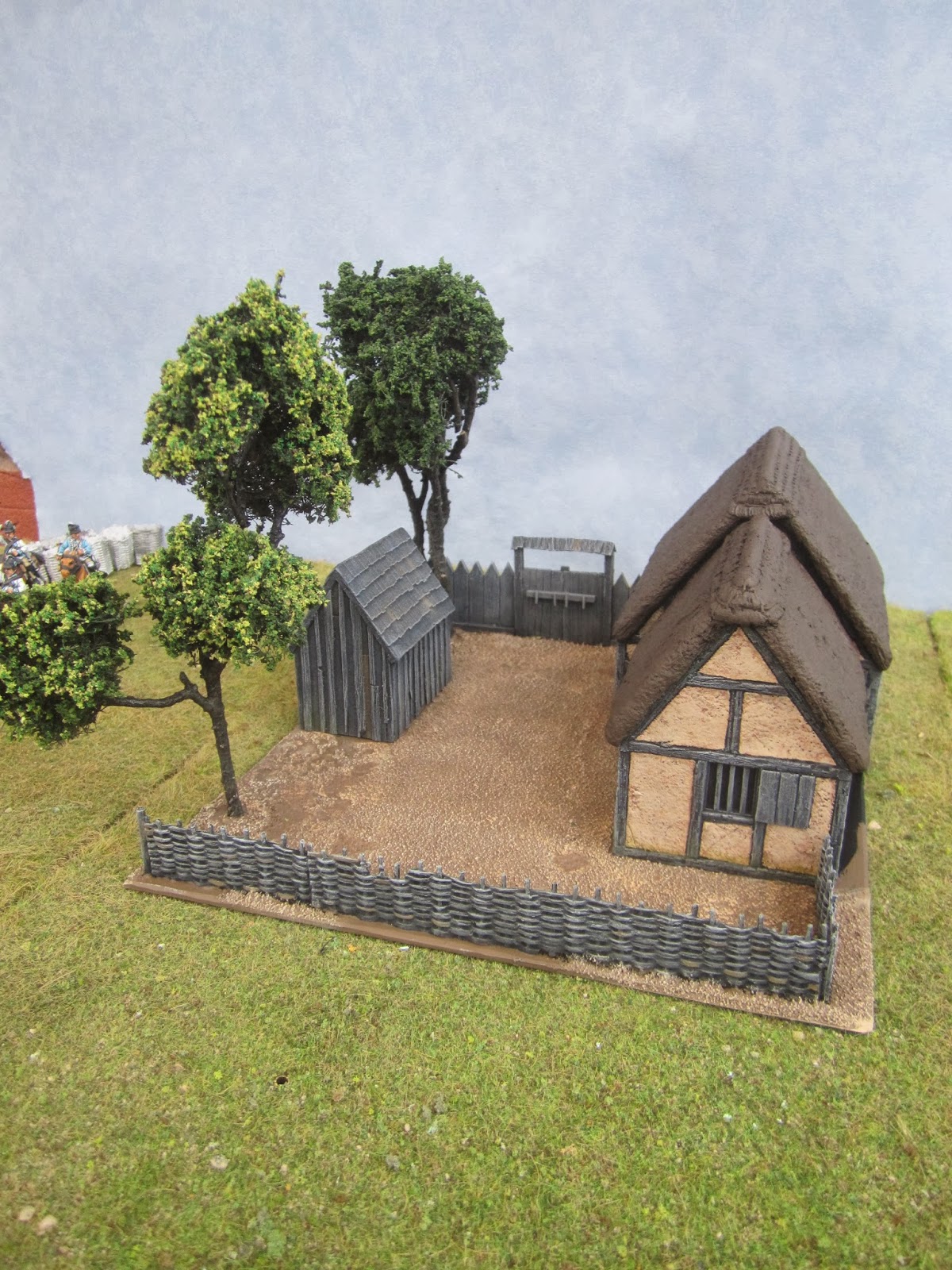 The walls of the cottage are also done. The colours used are Formula P3 Menoth White Base (I like the P3 paints as they are nice and thick and cover really well), this is washed with GW Ogryn Flesh (annoyingly no longer available) and then a drybrush of Vallejo's Iraqi Sand. Some green wash at the base of some walls tries to represent a bit of rising damp.

I've also created a couple of beehives, which are ready for painting. These are cast thimbles - small ones used as Monopoly pieces and were purchased from ebay - with string glued on and a hole drilled in. Hopefully when painted they'll be sufficiently convincing. 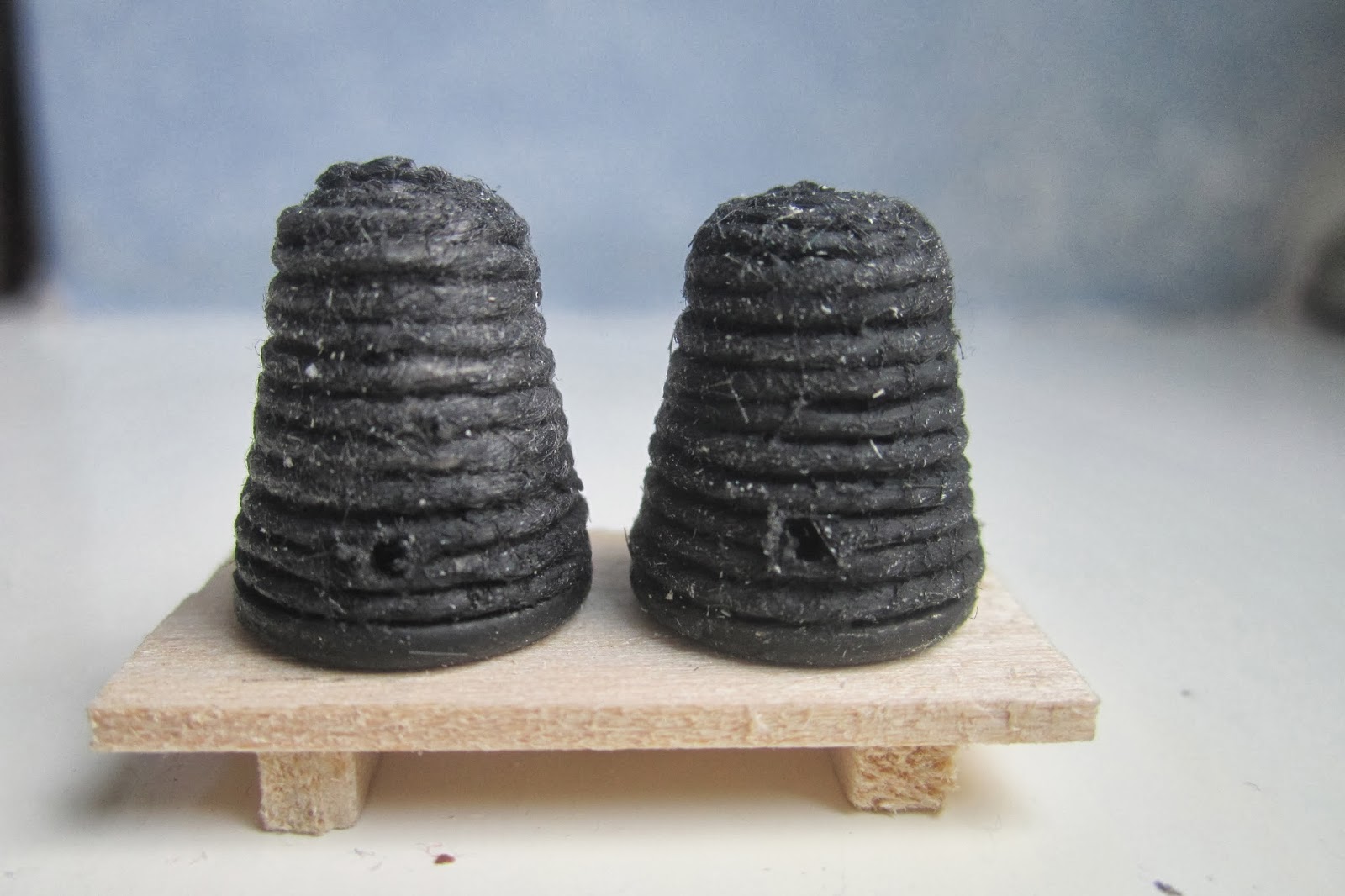 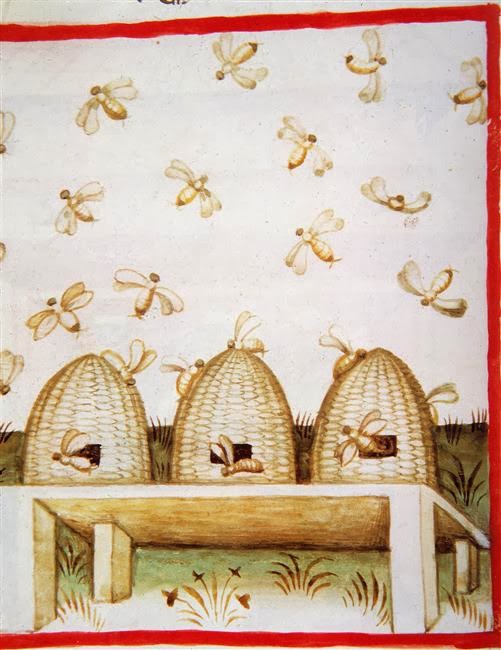 I'm hoping that the finished cottage may see it's debut at the Cravant game that will be at the Lance and Longbow stand at Vapnartak show in York Racecourse next Sunday.
We'll see....