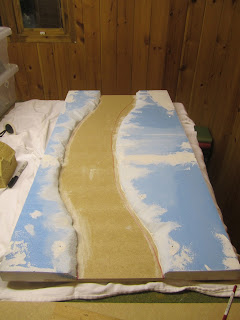 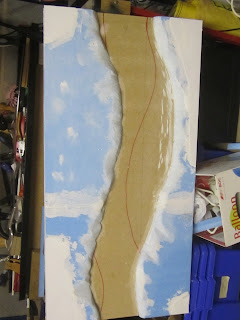 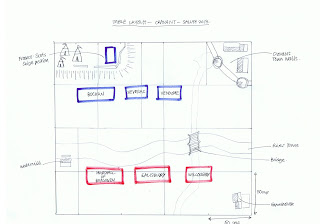 Some figures should be up next....
Posted by painterman at 07:44

Looks good so far, I'll be watching carefully because I may have to make my own river terrain pretty soon.

I realy hop I manage to get there this year to...

Great! I'm about to start some river sections to match my terrain, so looking forward to see how you do yours!

It's something I follow with some awe as I just dont have the storage to do any of my own.

Keep us updated as the boards take shape (just in case I ever convert the loft !)

Watching with interest hopeing to do some myself this year!

Looking forward to seeing this progress and the finished model at Salute. A nice touch with Keith at RMS giving his time and advice, excellent after sales service.

Thanks for the comments - bit concerned now that you're all looking to me for inspiration!
These are my first terrain tiles and I'm relying heavily on keith's guidance...somehow they've got to blend in OK with the ones he's done so skilfully.
We'll see how it goes.... :-)
Cheers
Simon.