More figures now completed for the Agincourt game at Salute. 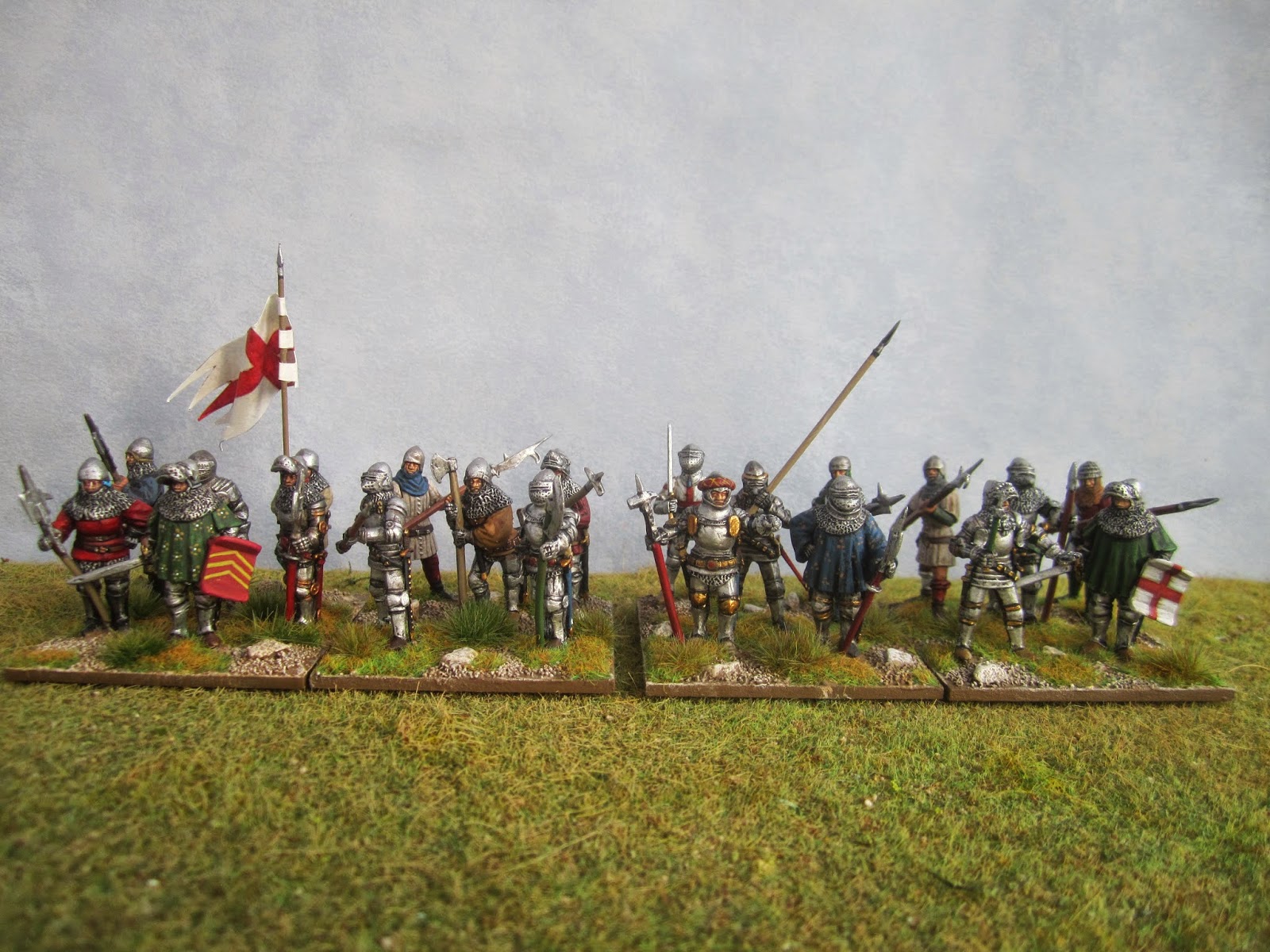 These are all the English additions I need to do – the longbows are from the previous post – and three of the men at arms bases are all new – the base on the left has been ‘liberated’ from some Burgundians I’ve already done, by just swopping the flag for one of St George, which will suffice for the day. They are a mix of Perry metals and plastics – I’ve attached arms holding bills and spears from the Wars of the Roses sprue to the Agincourt bowmen bodies, to make a few retainers in the rears ranks. 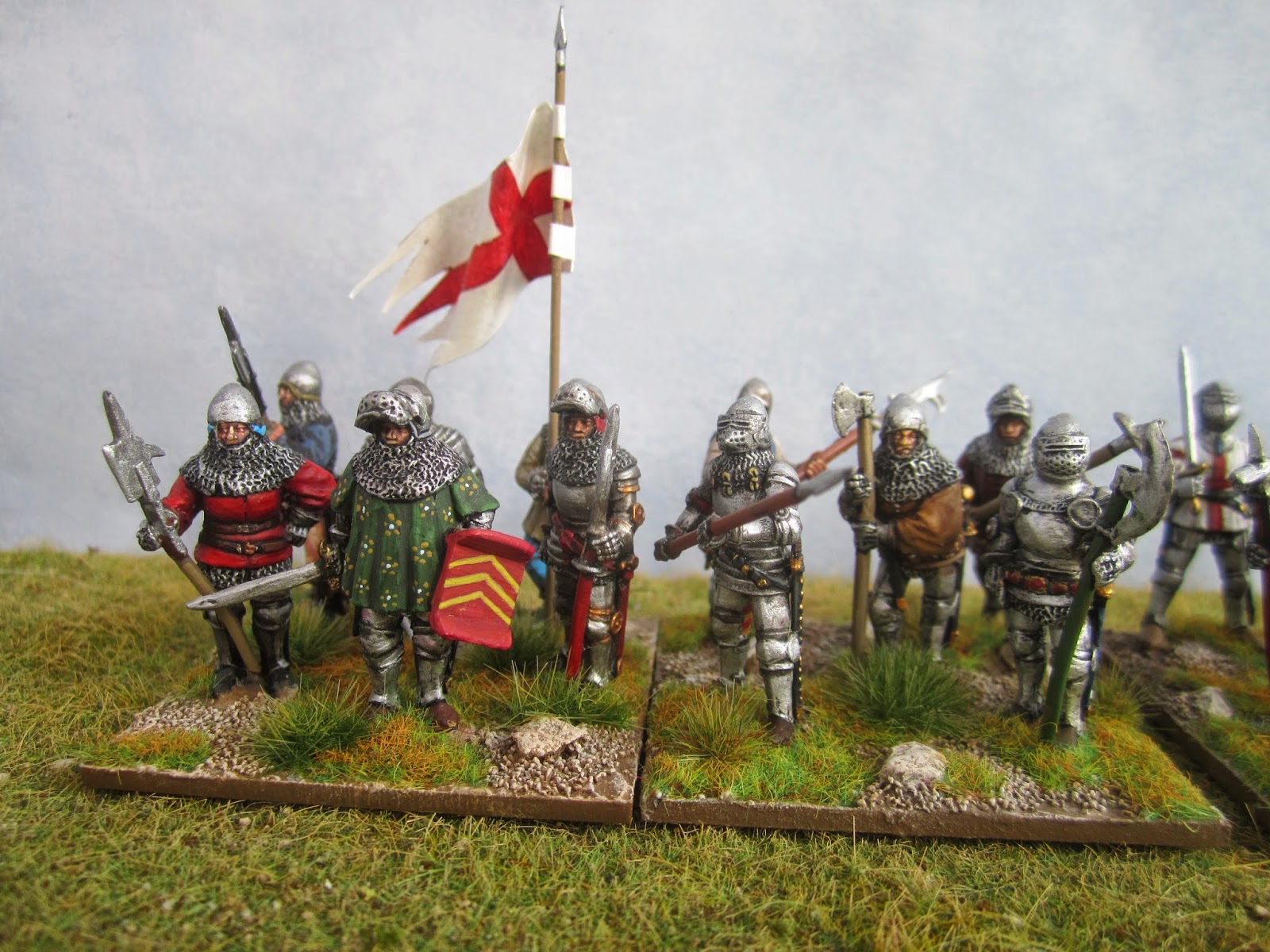 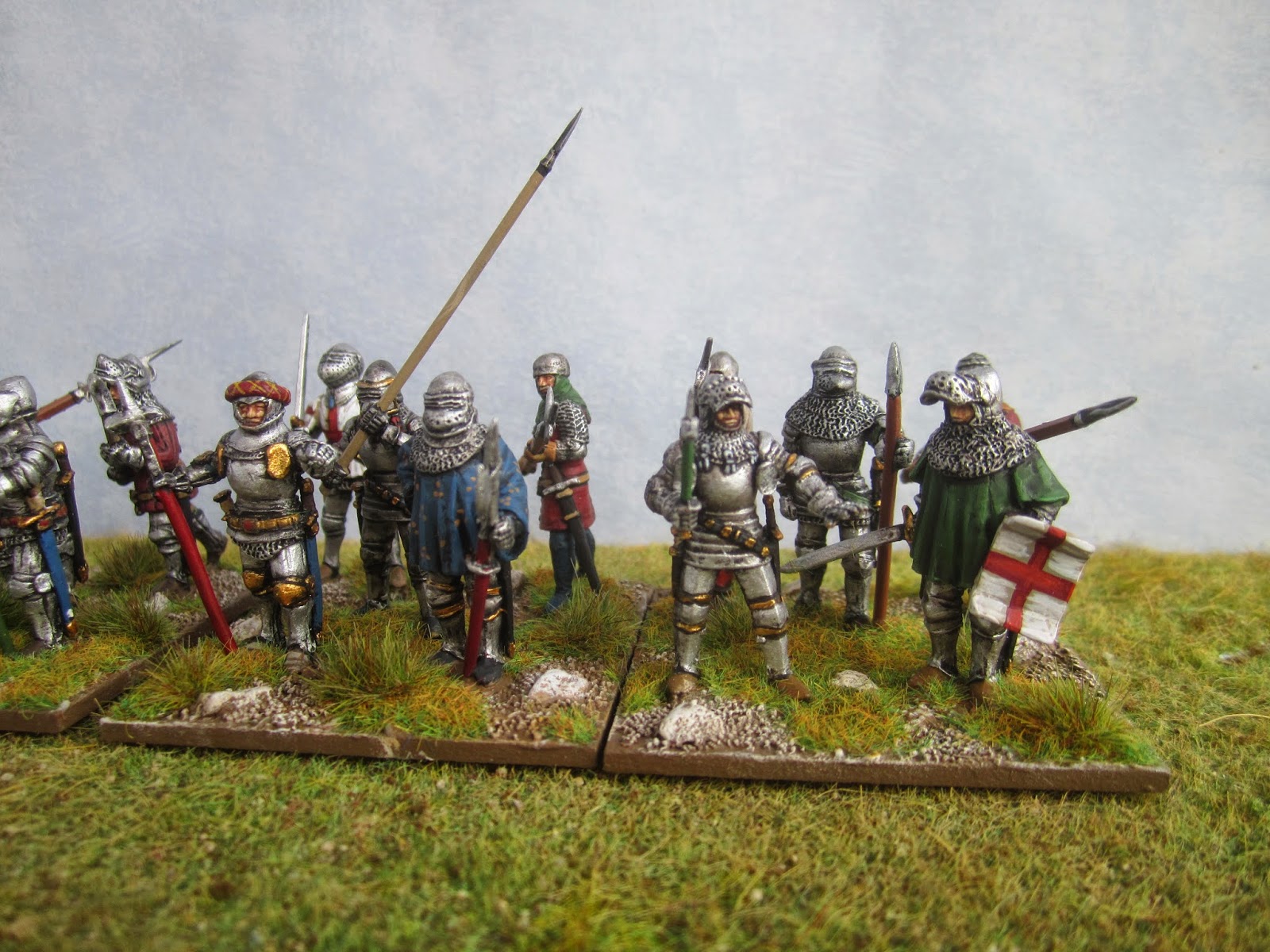 Superb painting and great use of Perry versatility in mixing of metal and plastic with simple conversions!

Inspiring stuff as usual Simon!Will the game only be getting a run out at Salute? Dave.

Looking forward to have a look at them at Salute!

It will be a real pleasure to actually see them in the flesh at Salute very soon.

Dave- only salute at moment. Another enquiry fell thru recently- but may do if I can. Simon

It would be great if the game could be seen at one of the Northern Shows Simon. Carronade or Vapnartak for example (which just happen to be shows I regularly attend, hint, hint).

Fantastic work. What colours do you use for your weapon woodwork out of interest? Thanks