Blog posts are now coming thick and fast ...raining down like English clothyard arrows at Agincourt! 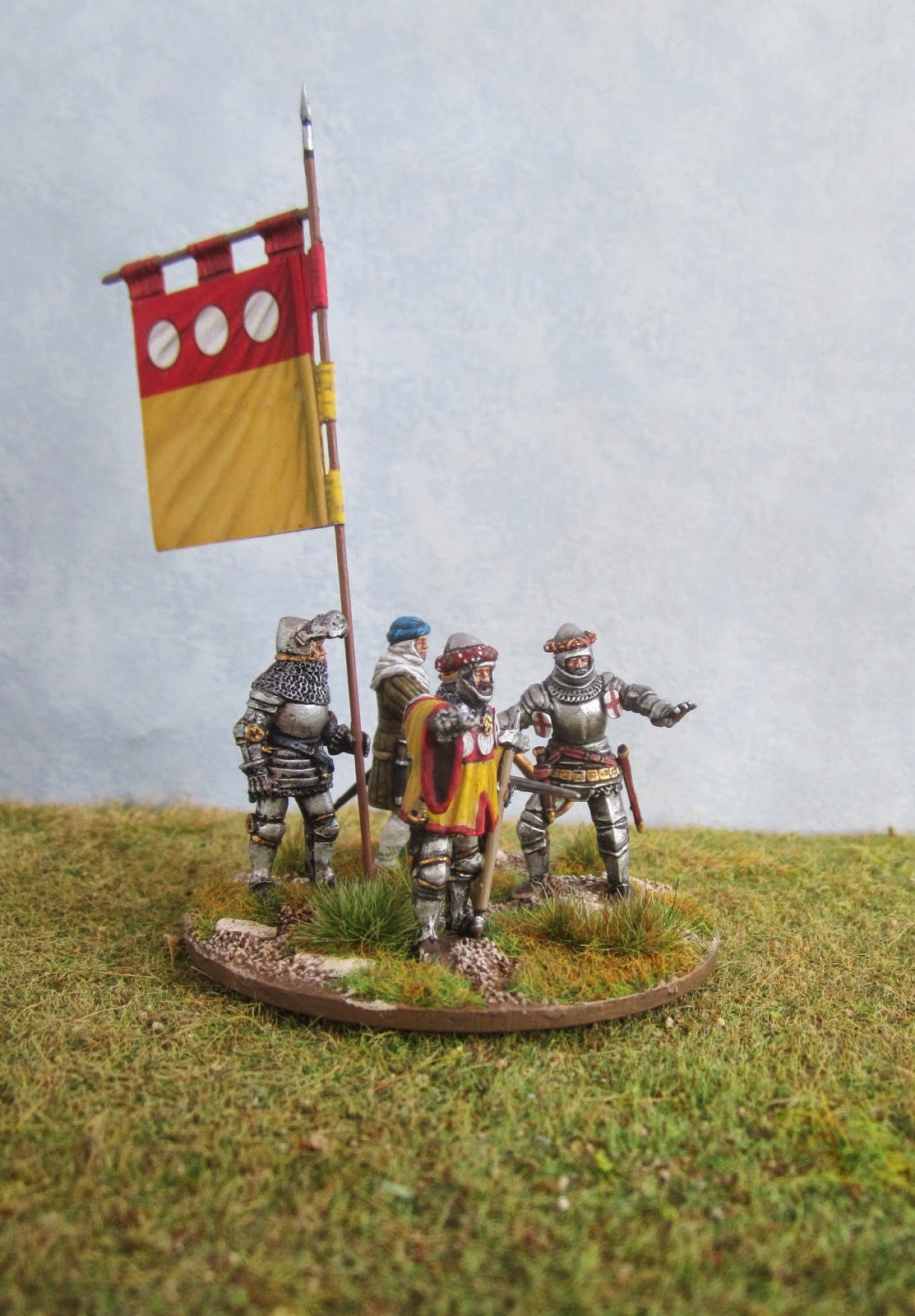 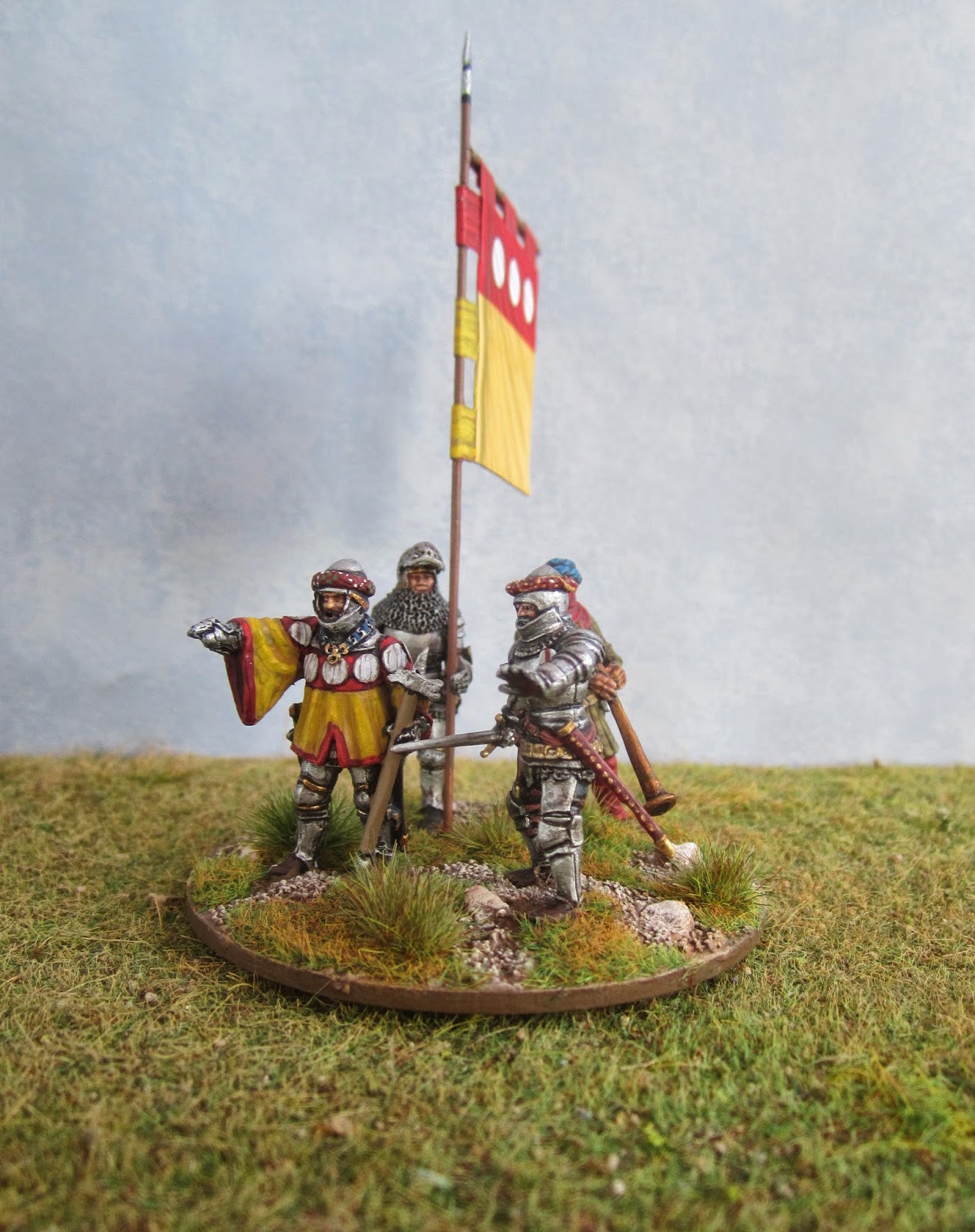 Here are two of the English leaders of the army for the Agincourt game. It appears most likely (he says relying on my reading of Anne Curry's Agincourt book) that the English army comprised three battles on the day.

For the game we'll have three commander vignettes - King Henry is already done, so here we have Lord Camoys and Sir Thomas Erpingham. The latter would not have been in command of the whole battle/wing, as although he was very experienced his status was not sufficiently high - but the Perry figure is a lovely one (with his coat of arms cast on) and GMB also do his banner! It seemed appropriate to have him protected by some bowmen. The knight in discourse with Camoys is the beautiful brushwork of Dave Imrie. 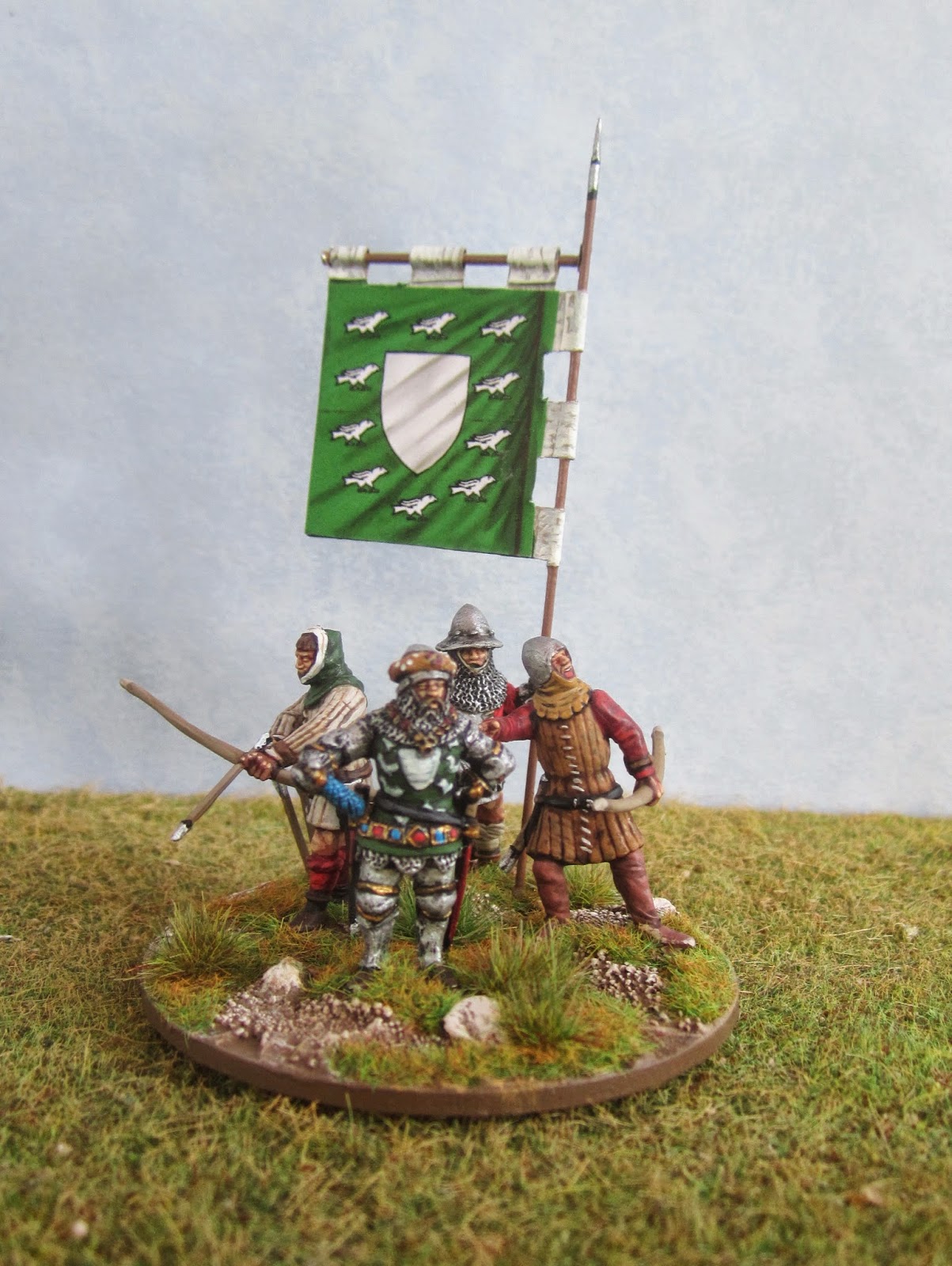 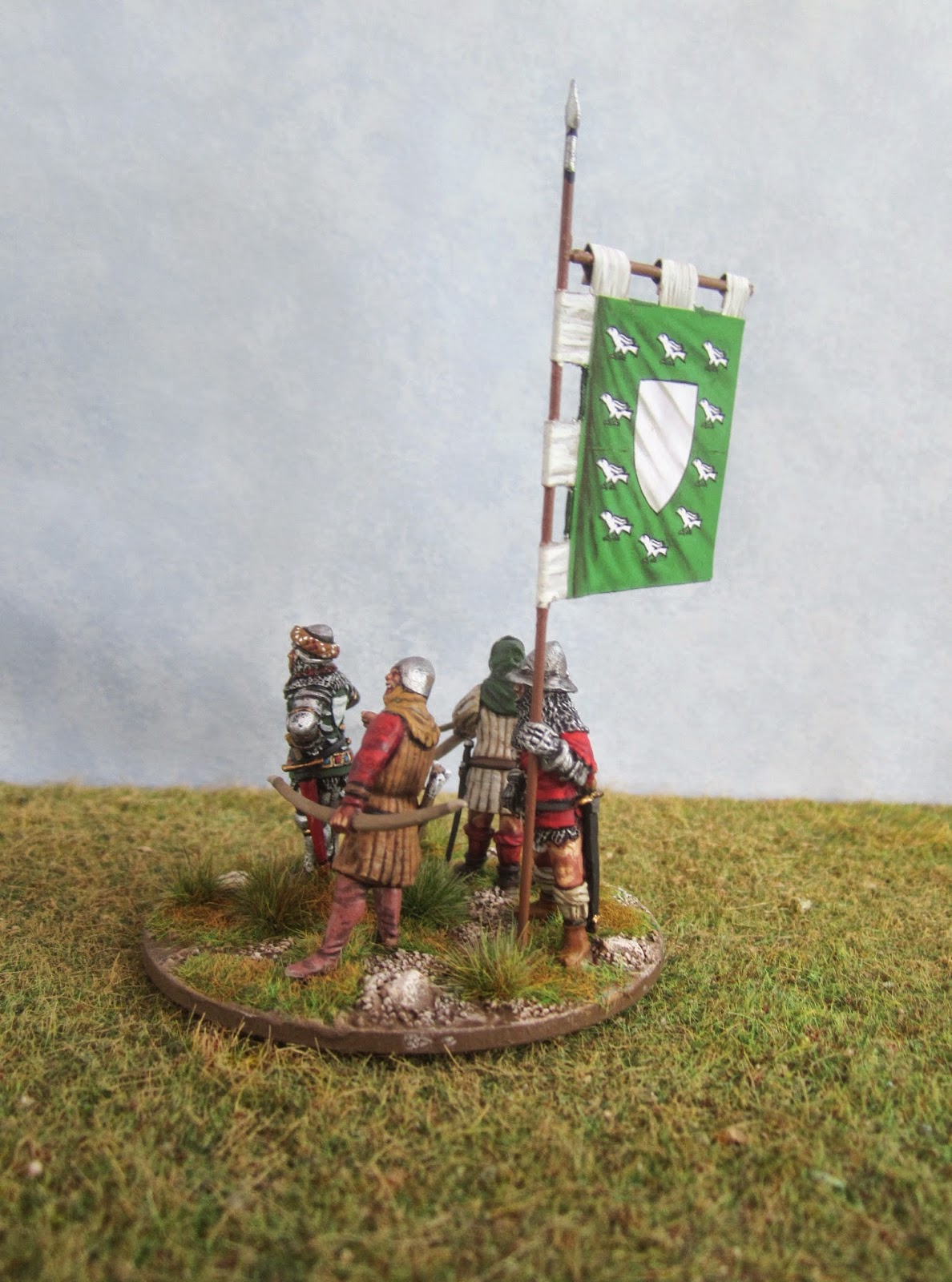 I have some French counterparts in progress too.
Posted by painterman at 08:16

Superb and you have mounted the flags to the poles brilliantly!

Nice idea of the Oriflamme - makes sense to me :-)