So, I'm afraid that I've neglected the blog updates with figures I've been doing for the Agincourt demo at Salute. This week I have made little progress due to later evenings at work and am now a bit behind schedule - some pieces may have to give and not make it to the table. 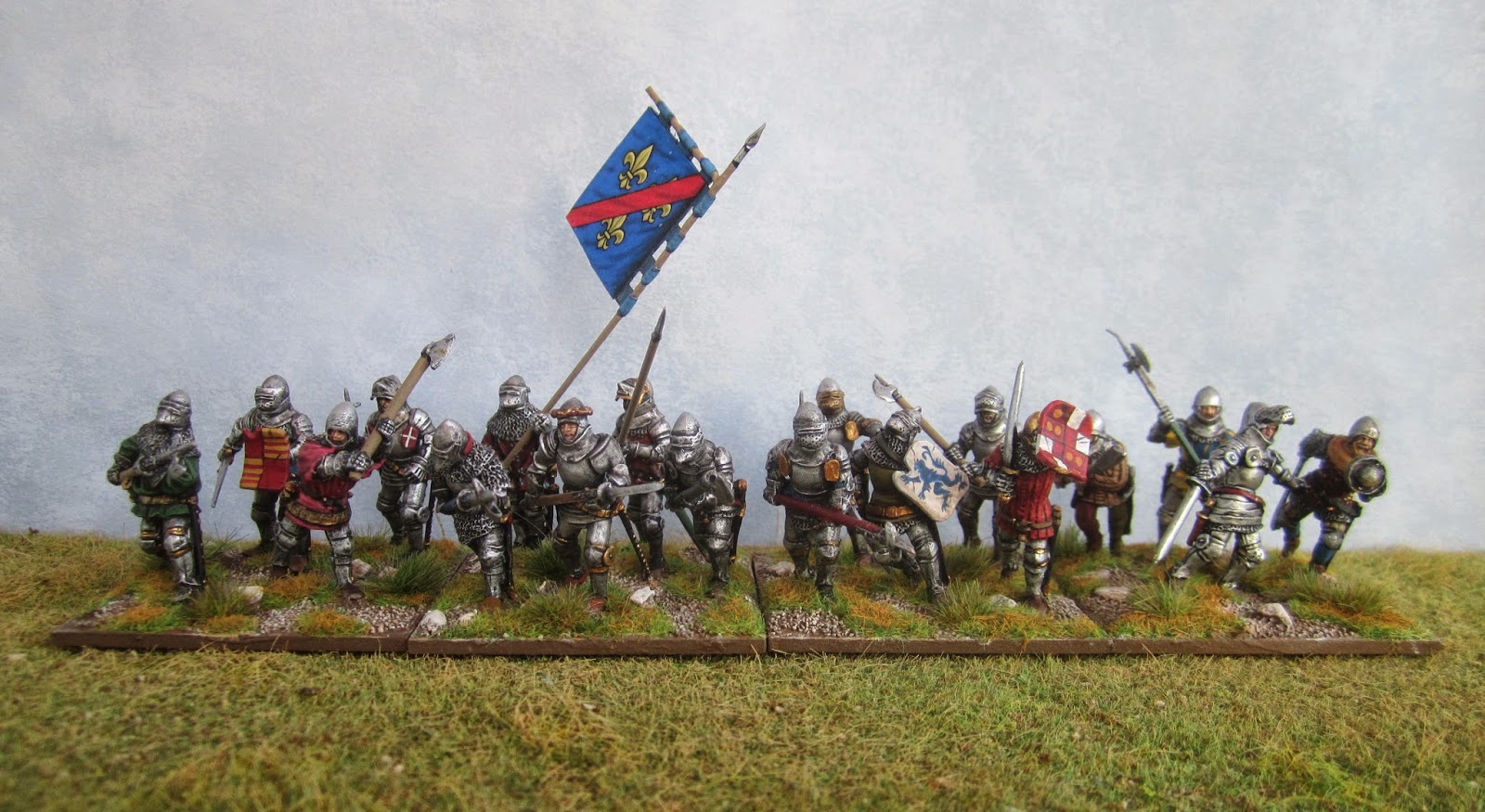 For the moment here are the rest of the French men at arms that were done a few weeks ago. All a mix of Perry plastics with some metals interspersed. I will try and put up a number of quick posts this week to show other stuff as it gets done. Flags are GMB attached to stiffeners made of thin foil - all rather rushed and I've not done the best job that I can in getting the colour match between the printed flags and the foil. 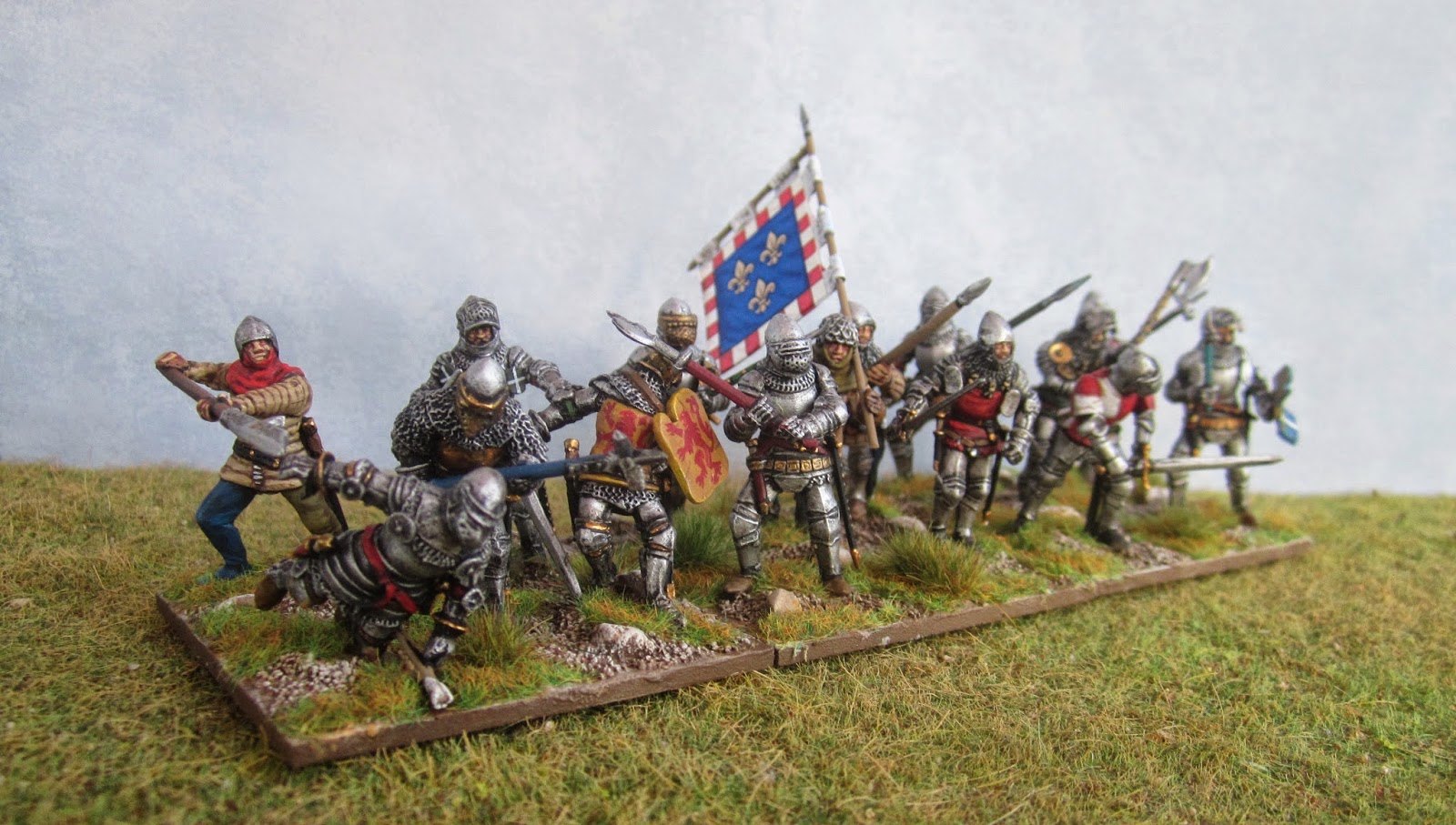 On the schedule are casualty markers, English and French commander stands and some local peasants.  In addition to figures, I'm adding some terrain broads, just flat grassland, to match the Keith Warren ones I have had for some years - but therein lies the challenge in achieving a match which is acceptable and right now they look noticeably different tones - so next challenge tomorrow in daylight is to try and drybrush static grasses to get a good enough colour match! 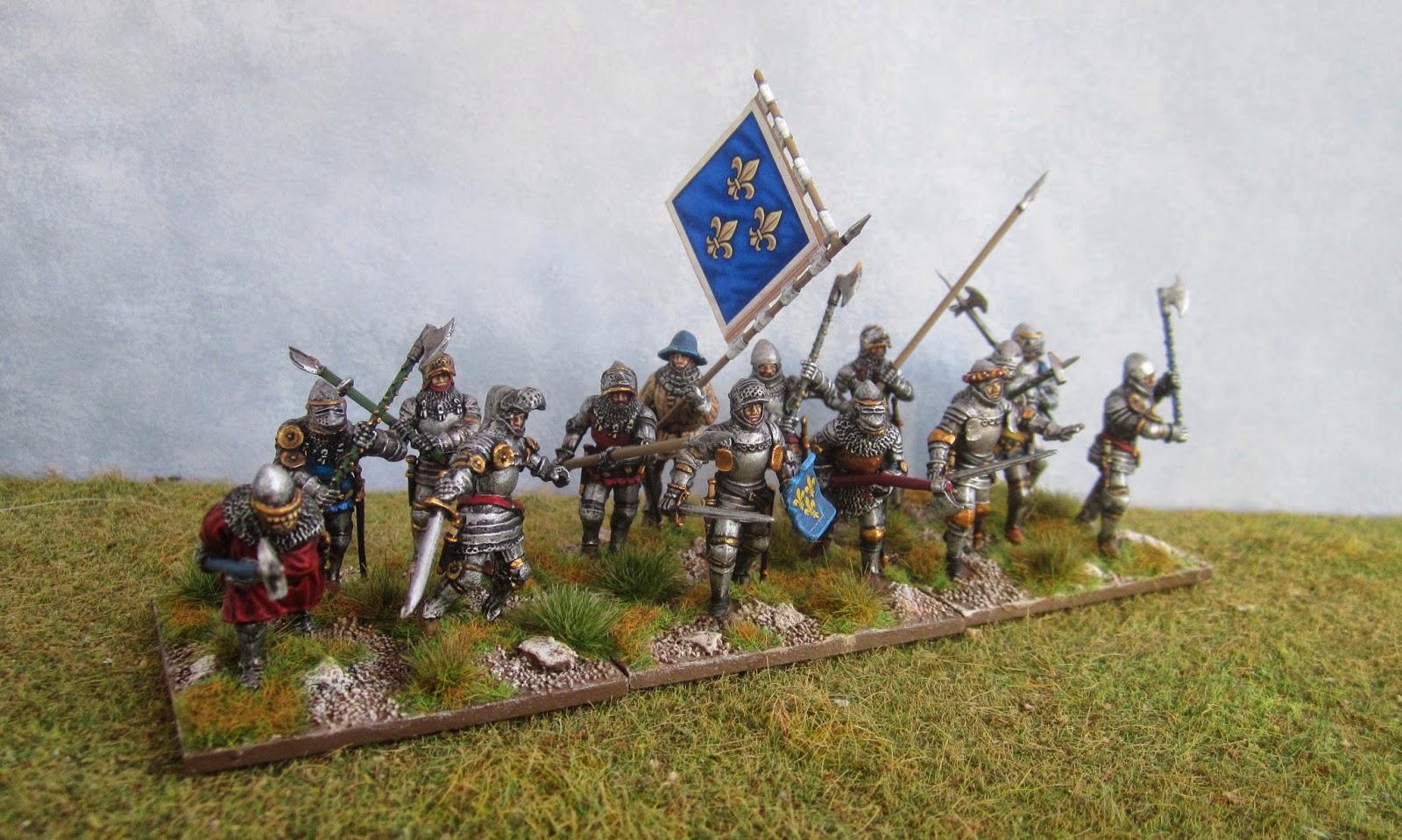 Now...back to the painting table.

Superb job on these, really full of action.

Looking forward to see your game and get the opportunity to say hi at salute.

Lovely looking units, can't wait to see them at salute

Great stuff, Simon.
I'll be on table GA15 with my Guilford Courthouse game. See you at the show!
Steve